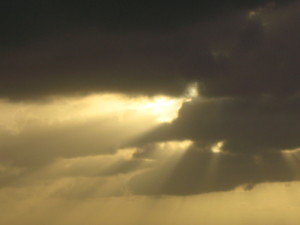 
These two blessed souls, Mírzá Maḥmúd of Káshán and Áqá Riḍá of Shíráz, were like two lamps lit with God’s love from the oil of His knowledge. Encompassed by Divine bestowals from childhood on, they succeeded in rendering every kind of service for fifty-five years. Their services were countless, beyond recording.

When the retinue of Bahá’u’lláh left Baghdad for Constantinople, He was accompanied by a great crowd of people. Along the way, they met with famine conditions. These two souls strode along on foot, ahead of the howdah in which Bahá’u’lláh was riding, and covered a distance of seven or eight farsakhs every day. Wayworn and faint, they would reach the halting-place; and yet, weary as they were, they would immediately set about preparing and cooking the food, and seeing to the comfort of the believers. The efforts they made were truly more than flesh can bear. There were times when they had not more than two or three hours sleep out of the twenty-four; because, once the friends had eaten their meal, these two would be busy collecting and washing up the dishes and cooking utensils; this would take them till midnight, and only then would they rest. At daybreak they would rise, pack everything, and set out again, in front of the howdah of Bahá’u’lláh. See what a vital service they were able to render, and for what bounty they were singled out: from the start of the journey, at Baghdad, to the arrival in Constantinople, they walked close beside Bahá’u’lláh; they made every one of the friends happy; they brought rest and comfort to all; they prepared whatever anyone asked.

Áqá Riḍá and Mírzá Maḥmúd were the very essence of God’s love, utterly detached from all but God. In all that time no one ever heard either of them raise his voice. They never hurt nor offended anyone. They were trustworthy, loyal, true. Bahá’u’lláh showered blessings upon them. They were continually entering His presence and He would be expressing His satisfaction with them.

Mírzá Maḥmúd was a youth when he arrived in Baghdad from Káshán. Áqá Riḍá became a believer in Baghdad. The spiritual condition of the two was indescribable. There was in Baghdad a company of seven leading believers who lived in a single, small room, because they were destitute. They could hardly keep body and soul together, but they were so spiritual, so blissful, that they thought themselves in Heaven. Sometimes they would chant prayers all night long, until the day broke. Days, they would go out to work, and by nightfall one would have earned ten paras, another perhaps twenty paras, others forty or fifty. These sums would be spent for the evening meal. On a certain day one of them made twenty paras, while the rest had nothing at all. The one with the money bought some dates, and shared them with the others; that was dinner, for seven people. They were perfectly content with their frugal life, supremely happy.

These two honored men devoted their days to all that is best in human life: they had seeing eyes; they were mindful and aware; they had hearing ears, and were fair of speech. Their sole desire was to please Bahá’u’lláh. To them, nothing was a bounty at all, except service at His Holy Threshold. After the time of the Supreme Affliction, they were consumed with sorrow, like candles flickering away; they longed for death, and stayed firm in the Covenant and labored hard and well to spread that Daystar’s Faith. They were close and trusted companions of ‘Abdu’l‐Bahá, and could be relied on in all things. They were always lowly, humble, unassuming, evanescent. In all that long period, they never uttered a word which had to do with self.

And at the last, during the absence of ‘Abdu’l‐Bahá, they took their flight to the Kingdom of unfading glory. I sorrowed much because I was not with them when they died. Although absent in body, I was there in my heart, and mourning over them; but to outward seeming I did not bid them good-by; this is why I grieve.

Unto them both be salutations and praise; upon them be compassion and glory. May God give them a home in Paradise, under the Lote-Tree’s shade. May they be immersed in tiers of light, close beside their Lord, the Mighty, the All-Powerful.