Lidia would dedicate her life to spreading Esperanto and to the struggle for human unity. 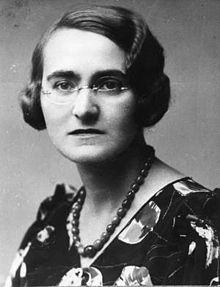 Lidia Zamenhof was the youngest of three to Klara and inventor of Esperanto, Ludwik Zamenhof. Because of her vast age difference between her brother and sister, and her elderly parents, Lidia had less of a strict upbringing than her siblings however, she was never spoiled. To know about Lidia, you need to learn more about her father.

Ludwik Zamenhof was brought up in Eastern Europe, raised in a Jewish family and witnessed the continuous growth of anti-semitism. This made him and many young Jews want to improve the situation in Easter Europe. Ludwik began to create a new, universal language at the age of 15, he stated that “the only possible international language would be a neutral one…creating a new language for all mankind.” He believed that a key element of uniting mankind was giving them the ability to communicate with each other. He also believed that there is no difference between the essences of all the religions and races of the world. He spent his whole life trying to invent a new language that would bring peace. Ludwik and ‘Abdu’l-Bahá never met but he had heard of the Bahá’í Faith, especially when the principle of the universal auxiliary language was mentioned.
‘Abdu’l-Bahá encouraged Bahá’ís to learn Esperanto, He said:

“Now, praise be to God that Dr. Zamenhof has invented the Esperanto language. It has all the potential qualities of becoming the international means of communication. All of us must be grateful and thankful to him for this noble effort; for in this way he has served his fellowmen well. With untiring effort and self-sacrifice on the part of its devotees Esperanto will become universal. Therefore every one of us must study this language and spread it as far as possible so that day by day it may receive a broader recognition, be accepted by all nations and governments of the world, and become a part of the curriculum in all the public schools. I hope that Esperanto will be adopted as the language of all the future international conferences and congresses, so that all people need acquire only two languages—one their own tongue and the other the international language. Then perfect union will be established between all the people of the world. Consider how difficult it is today to communicate with various nations. If one studies fifty languages one may yet travel through a country and not know the language. Therefore I hope that you will make the utmost effort, so that this language of Esperanto may be widely spread.” 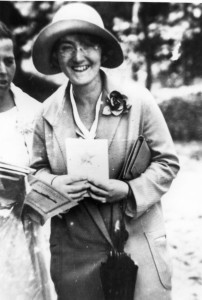 Ludwik’s youngest offspring, Lidia would dedicate her life to spreading Esperanto and to the struggle for human unity. Her chosen road would prove to be difficult and would face opposition, frustration and disappointment but this ideal would always be before her. When she was 13, her father died, both her siblings had already launched their careers as doctors and her mother continued the work of Ludwik by teaching Esperanto. After her mother died, it was Lidia who took charge of the family’s duty to teach and spread Esperanto. By this time, World War II was inevitable and she saw the destruction that the first World War had done, especially the persecution against Jews. Her family was more secularized who did not follow the orthodox ways therefore they were isolated by the Jewish and non-Jewish community. All of these elements caused Lidia to become an atheist by 1925.

Soon after, she was invited to a meeting that was simply called, a ‘Bahá’í meeting’ and there she met Martha Root who was fluent in Esperanto. She was intrigued by Martha Root and let her stay with the Zamenhof family in Warsaw. Martha Root strengthened Lidia’s English and Lidia strengthened Martha’s Esperanto. Soon, they became very close, often calling each other spiritual mother and daughter. Lidia became a Bahá’í, and didn’t feel like she had given up being Jewish because she viewed it as a racial or ethnic matter. The bigger concept was that she was believing in a religion that she had to overcome. In a letter she wrote, Martha Root prophesied: “Lidia may become the apostle for Poland, I see it in my vision Shoghi Effendi.” She soon became a spoken advent for the Bahá’í Faith and Esperanto traveling all over Europe. Many friends and family thought she was betraying Judaism with her investigating and then declaring herself a Bahá’í. However, Lidia never thought of Judaism as a religion but as a heritage and therefore did not think she was betraying.

In 1930, she went to Haifa for pilgrimage and confided in Shoghi Effendi of how people warned her and expressed disapproval of her mixing Esperanto and the Bahá’í Faith. With his and Martha Root’s guidance and support, she did continue her travels. She said in one of her talks:

“The international language is part of the Divine Plan which is given effect in the era of Bahá’u’lláh. And the creation and spread of Esperanto are proofs of the creative power of Bahá’u’lláh’s words.”

Lidia decided she did not want to marry and during this time, unwed and childless women were held in suspicion. This never stopped her and she even spoke that the most important field a woman should work in is education. The Guardian wished that she would also learn Persian so she could visit Iran and teach Esperanto to the Iranian people, though this never came to be. He also advised her to go to the United States, in July 1937 (what is the year?) he wrote Lidia:

“It would be splendid if you could visit the Untied States where the friends are so eager to meet you and accord you a hearty welcome. You will let me know, I trust, whenever you decide to visit them, for I wish to introduce you to them in a befitting matter…”

She arrived in New York on September 29, 1937 and immediately met fellow Bahá’ís, taught Esperanto and served the Faith. During her 14 months in the country, the situation in Europe worsened. Friends tried to help keep her in the country, even the National Spiritual Assembly wrote to the government but they were only able to extend her stay by a few months.

Upon her return to Poland, Hitler was gaining more and more power, in her letters to friends in the United States, she wrote that she continues to serve the Faith and is relatively safe. However, after September 1, 1939 with the SS troops invading Poland, her whereabouts were rarely or unreliably reported.

In November, she and her friends and family were arrested on the charge that Lidia went to the United States to spread anti-Nazi propaganda. Her Esperanto and Bahá’í friends in Europe, United States and Israel tried to help but their efforts failed. Eventually she, her sister Zofia and other relatives were sent to live in Ogrodowa Street, in the Ghetto but her brother, Adam was killed in prison. There were several attempts to help have Lidia escape, but she never left stating that she entrusts her fate to Bahá’u’lláh and cannot leave the rest of her family and friends behind in the Ghetto. The closest to helping her escape was a German solider, Fritz Macco. He and his family were Bahá’ís and according to Hartmutt Grossman, the Guardian advised that God would assist the German Bahá’í soldiers if they were really sincere. Macco was soon the last to survive the war and Shoghi Effendi appointed him to find Lidia and help her escape Poland to safety. In an impossible situation, under the watchful eye of the SS troops, looking for one person out of millions, he did indeed find her. Lidia kept her stance in not leaving her family and friends, Macco eventually left her and went on to save his Bahá’í mother from being sent to a concentration camp. He died in the war in September 1944.

In July 1942, Lidia among all the others in the Ghetto were sent to a camp called Treblinka. Approximately 1,200,000 Jews died by the gas chambers, Lidia’s and her sister’s ashes are in the grounds of Treblinka, Lidia was 38 years old. A plaque is set on their mother, Klara’s grave baring their names reading, “Murdered in the year of 1942. Let the memory of them last forever.” Miraculously, her father, Ludwik’s granite monument on his gravesite stayed in tact despite all the other Jewish cemeteries being destroyed during World War II. In 1954, there was a proposal to make Esperanto the international language in the United Nations, there were over one million signatures from 74 countries but it did not go through.

Among her work for the Faith, she transcribed Polish and Esperanto translations of Bahá’u’lláh and the New Era, parts of Some Answered Questions, and the Kitab-i-Iqan.

Tara Jabbari was born and raised in Chicago. She studied communications and works in media production. She enjoys reading, especially biographies, and traveling.