Hossein Achtchi spelled his last name differently than his ancestors, Aqa Husayn-i-Ashchi. He had a deep knowledge of sacred texts and had a profound loyalty to the Covenant. He taught thirteen courses at Willmette Institute. 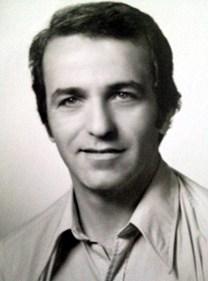 Hossein was born on December 5, 1943, in Adasiyyih, a village founded by `Abdu’l-Bahá, then located in the British Mandate, Palestine, but now in Jordan. He came from a distinguished Persian/Arab Bahá’í family. One of his ancestors, Husayn-i-Ashchi, became Bahá’u’lláh’s ásh (broth) maker: hence the family name.

Hossein’s oldest brother, who passed away just a year or so ago, met `Abdu’l-Bahá as a very young boy. At age three, Hossein moved with his family to Acre (‘Akka, Israel) to serve Shoghi Effendi. When the Israeli War of Independence began in 1948, Shoghi Effendi ordered most of the Bahá’ís in Palestine to leave, but he allowed the Ashchis to remain and continue their service at the World Center.

Hossein grew up speaking both Arabic and Hebrew fluently. He added Persian by visiting Iran for some time.

After completing high school in Israel, Hossein studied at a series of universities, including Aston in the United Kingdom and Florida State University and the University of Southern California in the United States. He received degrees in biology, the field in which he earned his living. He retired some years ago and focused his time on efforts to teach the Baha’í Faith via the Web to Arabs.

Hossein’s deep knowledge of sacred texts, his profound loyalty to the Covenant, and his generosity in sharing his understandings with others deeply touched many learners in the Wilmette Institute courses he taught.

Hossein departed this world in the seventieth year of his life. No doubt he has earned an ample reward in the Most Glorious Realms above. On May 13, in the Wilmette Institute course on Bahá’u’lláh’s Early Mystic Writings, he wrote about life after death in one of the course’s forums:

`Abdu’l-Bahá states that, when one reflects upon the very short span of life in this world and then ponders the fact that one will go to the other world, which is spiritual and eternal, one realizes that we are spiritual beings more so than material. As such, it behooves one to focus on what is lasting and eternal and not be masked by what is material and temporary at the expense of the eternal and lasting. In other words, it behooves one not to be so engrossed in this material world and its affairs that we forget God and our purpose of existence on this earth and busy ourselves 110 percent in the things that perish at the expense of things that last forever.

Editor’s Note:
There wasn’t much information on Hossein Achtchi except for this memorial tribute from the Wilmette Institute which seemed appropriate.