Dr. Rice-Way headed a large scale, clinical trial of the first birth control pill in the late 1950s in Puerto Rico. She was one of the early followers of the Baháʼí Faith in Mexico and her step father Howard Colby Ives wrote the Baháʼí Faith book Portales a la Libertad while in México. 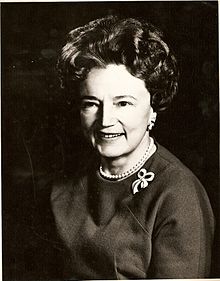 Rice-Wray was the daughter of Mabel and Theron Canfield Rice-Wray who were married in 1903.  She attended Vassar College Degree where she specialized in public health. She also attended Cornell University where she was a member of the Alpha Phi sorority.  She received the award of sesquicentennial from “knowledge, wisdom and courage of service”‘ at the University of Michigan in 1967.

She was originally from New York City, and spent much of her adult life in Mexico and Puerto Rico.  Faith was an important aspect of her personal life. She was one of the early followers of the Baháʼí Faith in Mexico and her step father Howard Colby Ives wrote the Baháʼí Faith book Portales a la Libertad while in México. 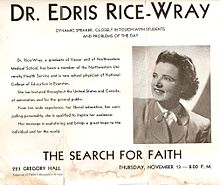 In the early 1950s, Rice-Wray’s work was focused on studying the effectiveness of the pill. In order to prove the safety of the pill, 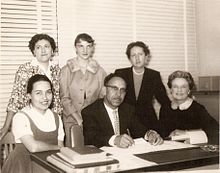 researchers and activists including John Rock, Margaret Sanger and Katherine McCormick felt human trials had to be conducted. During this time Rice-Wray was working for the Puerto Rican Health Service.

Puerto Rico was selected as the location for these trials in 1955 in part because there was an existing network of birth control clinics serving low-income women on the island and liberalized laws existed regarding distributing information about family planning. In 1937, a law had been passed in Puerto Rico that made it legal for married couples to receive advice about contraception. Since accessing the pill was legal, trials began there in 1956. In April 1956, Rice-Wray had been working with the Family Planning Association of Puerto Rico and joined this project. Some of the women who participated in the study experienced “the pill” (Enovid). In 1956, she started to distribute these pills. Rice-Wray noticed early on that there were potentially problematic side effects from the dosage in the early birth control pill. Her concerns were initially dismissed by Dr. Rock and Gregory Pincus who argued those concerns raised by women were unfounded.

Experiments in her studies were closely supervised by Rice-Wray and she never lost interest in finding more effective methods for controlling fertility. Rice-Wray saw a direct link between large family sizes and poverty. In 1955, she was reported as saying, “When all Puerto Rican parents can have the number of children they want and can properly care for, much of the misery and desperation of our poorer classes can be eliminated…then employment opportunities, schooling, housing, medical and welfare services will have a chance of meeting the needs of our people.” Despite the controversial nature of fertility research, Rice-Wray’s research was closely watched and reported on in the United States. In 1963, the New York Times reported on the details of her research as part of their coverage on a Planned Parenthood conference. 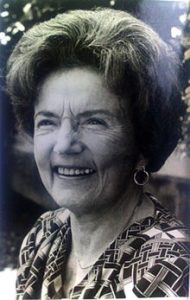 She received several awards for her work in publicizing the effectiveness and benefits of the pill in Latin America, she was the recipient of Planned Parenthood Federation of America’s and received the Margaret Sanger Award in 1978. She showed a long-standing commitment to public health and wellness. Gregory Pincus, who was often credited with creating the pill, would often cite the work of Rice-Wray as being instrumental to its success.

By the 1970s she moved to Puebla, in the municipality of Cholula where she worked as Professor at UDLA (University of the Americas Puebla) in the fields of Ecology, Anthropology and Population Studies, where she continues to have medical consultations helping and contributing knowledge to medicine in San Pedro Cholula and San Andrés Cholula, Puebla including contraceptive pill.