Kanichi Yamamoto was the second Japanese to become a Baha'i. He learned of the Faith from Mr. and Mrs. William Smith in Honolulu. Later the Yamamoto's moved to Berkeley and continued to teach and serve the Faith. 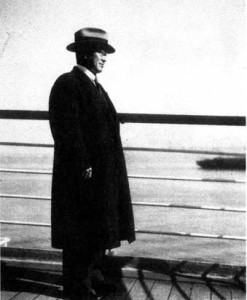 ‘Abdu’l-Baha had a very special connection with Japan and its people.

A hundred years ago Kanichi Yamamoto wrote ‘Abdu’l-Baha a letter in Japanese, and although ‘Abdu’l- Baha didn’t know Japanese He understood the words of the heart, and sent Yamamoto-san (‘san’ is a respective term in Japanese to mean Mr. or Sir it can also be used for females to mean Mrs. or Miss) a beautiful letter in reply. Yamamoto-san was very happy and grateful to receive ‘Abdu’l-Baha’s wonderful letter. Abdu’l-Baha told Yamamoto-san that he “….must warble like the nightingale of significance in the rose garden so that thou mayest inspire all the birds of the meadow to chant and to sing.” The nightingale sings more beautifully than any other bird, Abdu’l-Baha was telling Yamamoto-san to tell everyone about the beautiful teachings of Bahá’u’lláh so they could tell other people too. Yamamoto-san was the very first Japanese person to recognize Bahá’u’lláh, God’s new Teacher to Mankind. [1]

Yamamoto-san lived and worked in Hawaii. He worked in the home of Mr. and Mrs. William Smith who lived in Honolulu. He was taught the faith by Miss Elizabeth Muther, a servant in the Smith household. Mr. Yamamoto accepted the Faith immediately. 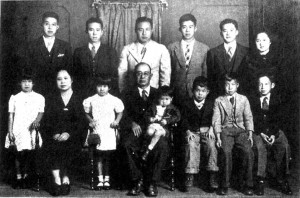 During ‘Abdu’l-Bahá’s visit to California in 1912, Yamamoto-san had the bounty of organizing the Master’s address at the Japanese Independent Church, where He proclaimed:  “…the people of the Japanese nation are not prejudiced.  They investigate reality.  Wherever they find truth they prove to be its lovers”.[2]

There was one subject discussed in his letters to the Master that greatly preoccupied the young Kanichi’s mind:  marriage.  Although the subject was broached in 1906, it was not until 1909 that Yamamoto-san married a young Japanese woman named Ima. By this time, Yamamoto-san was living in Oakland, California, working as home-help for Mrs. Helen Goodall.  The Yamamotos assisted with hosting Bahá’í meetings in the Goodall’s home, greeting and caring for visitors, and when the Yamamotos moved to Berkeley they enlisted their children in Bahá’í classes. [3] 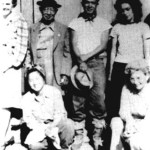 During World War II, the Yamamotos were forced to relocate to an internment camp where they had to work in the fields. [5] After the war, Kanichi and his family returned to Berkeley where he served the Faith until his passing in 1961.