In December 1898, with the kindness and graciousness of Phoebe, she invited Robert (as her butler) to assist her, along with Lua and others to visit the Holy Land. 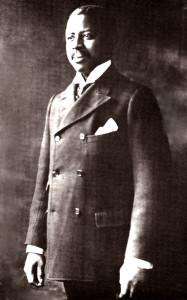 There is no precise date for when Robert Turner died. He was an employee of the Hearst family in 1871. In 1891, when Phoebe Hearst became widowed Robert became her butler.

Robert greeted many visitors in the home of Phoebe Hearst. On many occasions, when serving tea he would always stand near to (one visitor in particular) Lua Getsinger. When she would speak to Phoebe she would also speak to Robert and he listened fervently and learned as much as he could about ’this’ Bahá’í Faith.

In December 1898, with the kindness and graciousness of Phoebe, she invited Robert (as her butler) to assist her, along with Lua and others to visit the Holy Land. It’s important to note that this was the first pilgrimage of Western believers to the Holy Land.

Louis Gregory, Hand of the Cause documented the following when Robert first met ‘Abdu’l-Bahá—“At sight of the master he dropped upon his knees and exclaimed: ‘My Lord! My Lord! I am not worthy to be here!’ ‘Abdu’l-Bahá raised him to his feet, and embraced him like a loving father.”

‘Abdu’l-Bahá (son of Baha’u’llah, the founder of the Bahá’í Faith) showed great affection for Robert as he truly modeled how a ‘true’ Bahá’í should act. Robert was greatly affected by the Master’s loving welcome and the demeanor in which he treated him that he was convinced. Robert became the first African American Bahá’í and the Disciple of ‘Abdu’l-Bahá.

‘Abdu’l-Bahá told Robert “if you remain firm and steadfast until the end, you would be the door through which a whole race would enter the Kingdom.”