He became a candle burning with the love of God, a goodly tree in the Abhá gardens. He led all his household, his other kindred and his friends to the Faith, and successfully rendered many services. 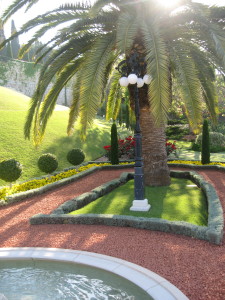 The distinguished ‘Alí-‘Askar was a merchant from Tabríz. He was much respected in Ádhirbáyján by all who knew him, and recognized for godliness and trustworthiness, for piety and strong faith. The people of Tabríz, one and all, acknowledged his excellence and praised his character and way of life, his qualities and talents. He was one of the earliest believers, and one of the most notable.

When the Trumpet first sounded, he fainted away, and at the second blast, he was awakened to new life. He became a candle burning with the love of God, a goodly tree in the Abhá gardens. He led all his household, his other kindred and his friends to the Faith, and successfully rendered many services; but the tyranny of the wicked brought him to an agonizing pass, and he was beset by new afflictions every day. Still, he did not slacken and was not dispirited; on the contrary, his faith, his certitude and self-sacrifice increased. Finally he could endure his homeland no more. Accompanied by his family, he arrived in Adrianople, and here, in financial straits, but content, he spent his days, with dignity, patience, acquiescence, and offering thanks.

Then he took a little merchandise with him from Adrianople, and left for the city of Jum‘ih-Bázár, to earn his livelihood. What he had with him was trifling, but still, it was carried off by thieves. When the Persian Consul learned of this he presented a document to the Government, naming an enormous sum as the value of the stolen goods. By chance the thieves were caught and proved to be in possession of considerable funds. It was decided to investigate the case. The Consul called in Hájí ‘Alí-‘Askar and told him: “These thieves are very rich. In my report to the Government, I wrote that the amount of the theft was great. Therefore you must attend the trial and testify conformably to what I wrote.”

The Hájí replied: “Your Honor, Khán, the stolen goods amounted to very little. How can I report something that is not true? When they question me, I will give the facts exactly as they are. I consider this my duty, and only this.”

“Hájí,” said the Consul, “We have a golden opportunity here; you and I can both profit by it. Don’t let such a once-in-a-lifetime chance slip through your hands.”

The Hájí answered: “Khán, how would I square it with God? Let me be. I shall tell the truth and nothing but the truth.”

The Consul was beside himself. He began to threaten and belabor ‘Alí-‘Askar. “Do you want to make me out a liar?” he cried. “Do you want to make me a laughingstock? I will jail you; I will have you banished; there is no torment I will spare you. This very instant I will hand you over to the police, and I will tell them that you are an enemy of the state, and that you are to be manacled and taken to the Persian frontier.”

The Hájí only smiled. “Jináb-i-Khán,” he said. “I have given up my life for the truth. I have nothing else. You are telling me to lie and bear false witness. Do with me as you please; I will not turn my back on what is right.”

When the Consul saw that there was no way to make ‘Alí-‘Askar testify to a falsehood, he said: “It is better, then, for you to leave this place, so that I can inform the Government that the owner of the merchandise is no longer available and has gone away. Otherwise I shall be disgraced.”

The Hájí returned to Adrianople, and spoke not a word as to his stolen goods, but the matter became public knowledge and caused considerable surprise.

That fine and rare old man was taken captive in Adrianople along with the rest, and he accompanied the Blessed Beauty to the ‘Akká fortress, this prison-house of sorrows. With all his family, he was jailed in the path of God for a period of years; and he was always offering thanks, because the prison was a palace to him, and captivity a reason to rejoice. In all those years he was never known to express himself except in thankfulness and praise. The greater the tyranny of the oppressors, the happier he was. Time and again Bahá’u’lláh was heard to speak of him with loving kindness, and He would say: “I am pleased with him.” This man, who was spirit personified, remained constant, true, and joyful to the end. When some years had passed, he exchanged this world of dust for the Kingdom that is undefiled, and he left powerful influences behind.

As a rule, he was the close companion of ‘Abdu’l‑Bahá. One day, at the beginning of our time in the Prison, I hurried to the corner of the barracks where he lived—the cell that was his shabby nest. He was lying there, running a high fever, out of his head. On his right side lay his wife, shaking and trembling with chills. To his left was his daughter, Fátimih, burning up with typhus. Beyond them his son, Husayn-Áqá, was down with scarlet fever; he had forgotten how to speak Persian, and he kept crying out in Turkish, “My insides are on fire!” At the father’s feet lay the other daughter, deep in her sickness, and along the side of the wall was his brother, Mashhadí Fattáh, raving and delirious. In this condition, ‘Alí-‘Askar’s lips were moving: he was returning thanks to God, and expressing joy.

Praise be to God! He died in the Most Great Prison, still patient and thankful, still with dignity and firm in his faith. He rose up to the retreats of the compassionate Lord. Upon him be the glory of the All-Glorious; to him be salutations and praise: upon him be mercy and forgiveness forever and ever.