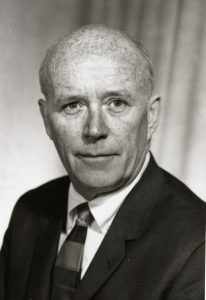 Robert was an American Bahá’í who served on the National Spiritual Assembly of South Africa, an Auxiliary Board member for Africa, and later as a member of the National Spiritual Assembly of the United States. He collaborated with William Sears to produce audio-visual material, books, plays, and films related to the Faith. In his career he was a television producer and was awarded four Daytime Emmy awards.

Robert was born into a Roman Catholic family in 1912. He was introduced to the Faith by Philip Sprague in New York when he was 19 and was elected to the Local Spiritual Assembly of New York when he was 21. In 1941 he married Keith Gettinger who he introduced to the Faith and they had three children. He enlisted in the US Navy in a non-combat role during WWII and served for three and a half years. He and Keith founded a television production company after he was discharged from the Navy. Robert wrote for the television programs College of Musical Knowledge in 1950 and Star of the Family in 1952. He also wrote for comedian and pianist Victor Borge. 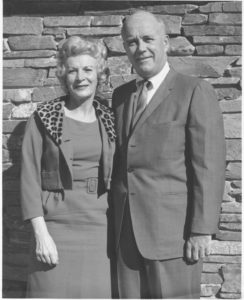 In May 1956 Robert and his wife went on pilgrimage to the Holy Land where he met Shoghi Effendi. A photograph of Robert and Keith in Haifa was published in the Westport Town Crier & Herald in June 1956. He decided to pioneer to South Africa while in the Holy Land to join his friends William and Marguerite Sears. In July 1956 a program on the Faith that Robert had written with William Sears was broadcast on WTTV, a non-commercial television station in Chicago. It included footage of the 1953 Dedication of the US House of Worship and footage of Robert interviewing Horace Holley.

Robert arrived in Africa in early 1957, and was joined by his family shortly afterwards. He visited Zululand with William Sears and two African Bahá’ís to visit an isolated pioneer shortly after arriving in Africa. Sears wrote the following regarding the trip:

“In order that we should not lose any teaching time, we took two of the African believers with us. In this way we had three hours of teaching on the way over, and three on the way back. Mr. Quigley rented the car and drove, and I sat and taught the boys. It was a thrilling trip for all of us, Mr. Quigley joining in on the teaching whenever he didn’t have to duck a giant hole in the appalling roads.”

The Quigleys lived in Johannesburg for four years with Robert serving on the National Spiritual Assembly of South Africa and Auxiliary Board of Africa during their time there.

Robert resumed his career in television production after returning to the US in 1960 founding a production company with Merrill Heatter, Heatter-Quigley Productions, and they began developing game shows, most of which only ran for a short time. They were among the first to work on game shows after the 1950s rigged game show scandals, with Video Village being the first game show bought by CBS since the scandals.

Robert was elected to the National Spiritual Assembly of the United States as vice-chairman in 1963 and served on the body until 1968. In September 1963 he chaired a Baltimore World Peace Day Program.  In February 1964 he gave a talk on the Faith in Africa attended by 200 Bahá’ís in Chicago, and in June 1964 he chaired a Race Amity Day observance in California. In 1965 he spoke on the impact of the Faith in Africa at a public talk in Evanston, Illinois.  In June 1965 he taught at a Geyserville Youth Training Session and in September 1965 Robert and Keith hosted a Youth Victory Day celebration at their home in Beverly Hills. As of 1966 Robert was serving as Chairman of the Local Spiritual Assembly of Beverly Hills. 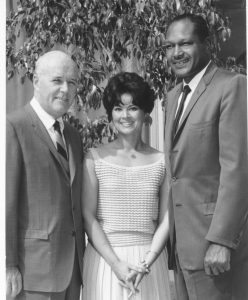 In 1968 Quigley and Heatter collaborated with Hanna and Barbera, planning to incorporate animated segments into a game show, the idea was abandoned but Quigley and Heatter received a production credit on Wacky Races which came from the idea. They continued to develop new game shows throughout the 1970’s in addition to producing Hollywood Squares, the most notable of which were Gambit and High Rollers, game shows based on blackjack and dice rolling respectively. Robert retired in 1981.

Robert passed away in 1989 and was buried in Inglewood Cemetery, California, near the grave of Thornton Chase. The Universal House of Justice cabled the following after his passing:

DEEPLY SADDENED PASSING DEARLY LOVED ROBERT QUIGLEY. PROFOUNDLY GRATEFUL HIS LONG YEARS CONSTANT DEVOTION CAUSE BAHA’U’LLAH DISTINGUISHED BY HIS OUTSTANDING, SACRIFICIAL SERVICES AS PIONEER AFRICA TOGETHER WITH HAND OF THE CAUSE WILLIAM SEARS AND HIS MEMBERSHIP NATIONAL SPIRITUAL ASSEMBLY UNITED STATES. HUMOR WITH WHICH HE ENCOURAGED SERVICE AND LIGHTENED BURDENS OTHERS WARMLY REMEMBERED. ARDENTLY PRAYING PROGRESS.