He had learned of the Faith years before when he was a student at Bethany College in Lindsborg, Kansas. There, his roommate, Bob McComb, invited him home for a visit. This was not a drive to another Kansas prairie town, Bob lived in Lake Placid, New York. There, Ted met Bob’s family and was especially struck by his mother, Ruhiyyih McComb. She had sat on the lap of Abdu’l-Bahá and was renamed by Him. 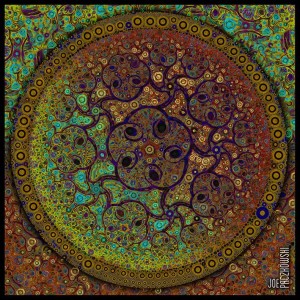 “As ye have faith, so shall your powers and blessings be.” – Abdu’l-Bahá

Ted Livingston had faith, powers and blessings, all in good measure. He had unshakable faith that Bahá’u’lláh was the Messenger of God for this day. He had the power to touch and influence the lives of every person who knew him, and even those people who came to know him only because their lives happened to touch his for a few moments. And he was blessed with the opportunity to serve his community in ways that no other Bahá’í in the United States has reached. Ted became the Mayor of his town. In doing so he became, according to the Research Office of the National Spiritual Assembly, the first Bahá’í in the United States to be the mayor of a city. And this happened fully in accordance with Bahá’u’lláh’s teachings.

He had learned of the Faith years before when he was a student at Bethany College in Lindsborg, Kansas. There, his roommate, Bob McComb, invited him home for a visit. This was not a drive to another Kansas prairie town, Bob lived in Lake Placid, New York. There, Ted met Bob’s family and was especially struck by his mother, Ruhiyyih McComb. She had sat on the lap of Abdu’l-Bahá and was renamed by Him. Ted also, unknowingly, attended his first nineteen-day Feast. During consultation he was asked by Bob’s father to come with him to be with the children. Only years later, after he had been a Bahá’í for some time and knew that Feast was for Bahá’ís only, did he realize he had been to a Feast.

After graduating from Fort Hays, Ted accepted a teaching position in Great Bend, Kansas where he was the only Bahá’í. From time to time a Bahá’í would visit, but he was largely alone. At a party he became acquainted with another teacher, Barbara McClellan; they were the only ones not drinking alcohol. In 1973 she also became Bahá’í and a year later they were married and moved to Garden City, Kansas.

They stayed in Garden City only four years before moving to Cottonwood Falls, Kansas where Barbara’s mother lived. She was elderly and needed care. Barbara retired and Ted found another teaching position 40 miles away.

After living several years in Cottonwood Falls, Ted was asked by a member of the city council if he would fill a vacant seat on the council. In a town of 950 everyone generally knows everyone else and in the short time since moving there, Ted had become well respected. Since his mother-in-law was a native of Chase County he was not seen as an outsider, and his own loving, friendly nature gave him entrance to people’s hearts. He was also honest and non-partisan, just what the town needed. Cottonwood Falls was being torn apart by dissension and conflict, over the creation of the Flint Hills Prairie Preserve out of the former Z Bar ranch, and a calm voice was sorely needed. Ted was that voice.

For eight years, he served as a moderating voice on the city council. His sincerity, non-confrontational and respectful manner won him wider respect, even when people didn’t agree with him. At a 1991 meeting of the city council the mayor announced his resignation “effective immediately,” and walked out of the room. In surprise the council members looked at each other wondering what to do next. The city clerk looked to Ted and said, “You’re the mayor now.” When Ted protested it was explained that his position on the council was next in the line of succession after the mayor. Ted had no choice.

He filled that term until the next city election. People asked if he would run for the office of mayor. Ted said, “No.” Some were not satisfied with that answer. When others suggested they would file for him, Ted said he could not control their actions, but he would not align himself with a political party, nor would he be part of any election campaign. He then consulted with the nearest local Spiritual Assembly (that of Emporia, Kansas) as well as the National Spiritual Assembly. Both confirmed that his position was acceptable for a Bahá’í. Ted watched the election proceedings with amused interest. The results: Ted, 311; and one other person who filed later, 16 votes.

During his two terms as mayor, the city weathered some of its most divisive conflict in recent memory. Cottonwood Falls is the largest town in the county and the county seat. Any controversy in the county involves the city. It is the center of focus of Chase County, in the heart of the Kansas Flint Hills. Ted’s calm voice was a sane and moderating influence.

About two years ago cancer was discovered in his body. After an operation and a year of chemotherapy, he felt cured. During that year he joined a cancer support group where discussions invariably turned to the spiritual life and the growth of the human soul.. This winter more cancer was discovered. Further operations and chemotherapy were fruitless. Pain racked his body but did not defeat his gentle, loving nature. All the people who worked with him were amazed at his demeanor.

His faith in Bahá’u’lláh never wavered. Ted was willing for Bahá’u’lláh to use his life however he saw fit. On June 8, 1996 Bahá’u’lláh allowed Ted to leave his pain-filled body. Out of respect for the town, and his mother, his funeral was a Bahá’í and Christian mix. A significant proportion of the town attended the funeral which was held in the high school gym, where Ted had taught. It was the largest place in town. Bahá’ís attended, some driving 100 miles or more. Afterwards one of the ministers who spoke asked to learn more about the faith, so did the founder of the cancer support group. This ends a chapter in the life of the Bahá’í community of Cottonwood Falls.

Ted’s grave is in a small cemetery, south of Cottonwood Falls, in the midst of the Kansas Flint Hills prairie that he loved.