At WWII, there were no known Baha'is in Belgium; but after the war, his name was given to the European Teaching committee. In early 1947, U.S. pioneer Melanie Humbert contacted him. In April, he sent a letter to Shoghi Effendi testifying to his Faith and Shoghi Effendi responded to him on April 24, 1947 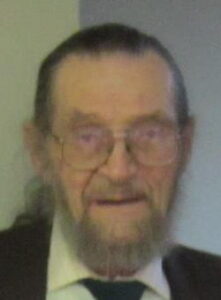 We tend to emphasize the high profile, very active Bahá’ís, but the foundation of the Faith is maintained by the 100’s of little known Bahá’ís quietly maintaining their allegiance.

One of these is Belgian Theodore Durieux, about whom I know very little. He reported that he first encountered the Faith in 1915 in California via the Griffith sisters. For years, Alice Griffith and her sister hosted firesides in Santa Rosa beginning in the early teens. He soon returned to Belgium where they kept sending him Bahá’í information.

At WWII, there were no known Bahá’ís in Belgium; but after the war, his name was given to the European Teaching committee. In early 1947, U.S. pioneer Melanie Humbert contacted him. In April, he sent a letter to Shoghi Effendi testifying to his Faith. 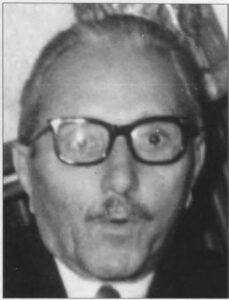 Your letter dated April 5th was received by our beloved Guardian and he has instructed me to answer it on his behalf.

He was very happy indeed to receive news of you, and to know that dear Miss Humbert has an active Bahá’í brother to lean upon in Belgium, and to assist her in her labour to promote the Cause of God there!

You may be sure he will especially pray for your health, that you may regain your strength and thus be able to not only pursue your work but assist Miss Humbert in her teaching efforts. He will also pray that some members of your family at least, if not all of them, will become spiritually quickened and receptive to the world transforming Message of Bahá’u’lláh.

Please give his cordial greetings to Miss Humbert when you see her.

With warm Bahá’í greetings to you, yours in the Faith, R. Rabbání

Assuring you of my loving and ardent prayers for your spiritual advancement, for the expansion of your meritorious activities, and the realization of every hope you cherish for the progress of our beloved Faith and the establishment of its nascent institutions in that country. Your true brother, Shoghi” [2]

Don has been a Baha’i for over 50 years, active on-line for over 20 and currently lives in Great Falls, MT. He has collected nearly 40 gig of Baha’i etexts. His primary interest is the social history of the Faith in the U.S., looking at it from the bottom up rather than from the top down, looking at individuals and activities locally that created patterns at the national and global level. I am interested in receiving unpublished memoirs and local histories.