In a dream one night, ‘Abdu’l-Bahá’s face appeared to her in a blinding light. Florence later recalled, “The results of that dream must have been imprinted on my wondering face, for in the morning my husband looked at me and said, ‘What has happened to you?’” 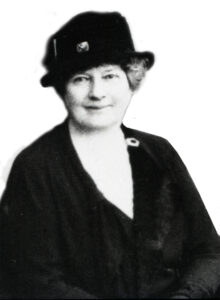 Born Florence Eleanor Reed, in Worcester, Massachusetts on October 12, 1876 and the daughter of Frederick E. and Sarah Reed (née Wood), Florence Morton was one of the early Bahá’ís of the region and Treasurer of the National Spiritual Assembly of the Bahá’ís of the United States. She married Fred S. Morton on May 3, 1911 and together they had one son, Stanley Reed Morton (born December 28, 1912), who also became active in the early Bahá’í community of Worcester. [1, 2]

Florence originally heard of the Bahá’í Faith in 1907 from Sarah Farmer at Green Acre in Eliot, Maine, now Green Acre Bahá’í School. [1] Years later, while shopping in Boston in 1912, she saw a man clothed in white oriental garb and a turban walking majestically almost a block away. She was deeply stirred by His presence, but He was gone before she could catch up to Him. She never forgot this venerable figure seen at a distance, and the feelings He inspired in her. [2]

A few years passed and during World War I, Florence found herself witness to the tragedies of war by seeing the disturbing site of severely injured men being escorted from a hospital ship. It was around this time that she discovered the man seen in Boston was ‘Abdu’l-Bahá Himself.  In a dream one night, ‘Abdu’l-Bahá’s face appeared to her in a blinding light. Florence later recalled, “The results of that dream must have been imprinted on my wondering face, for in the morning my husband looked at me and said, ‘What has happened to you?’” [2]

From that moment on, Florence studied the teachings of the Faith intensively with Mr. and Mrs. Struven, then residing in Worcester, and with Amelia Collins (later to be appointed a Hand of the Cause of God by Shoghi Effendi in 1951) who resided in Princeton, Mass. where the Morton’s also had a summer home. Florence accepted the Faith in October of 1917 and thus embarked on a life of selfless service and devotion to the Cause.

The Worcester Bahá’í community was a recipient of Florence Morton’s boundless generosity throughout her entire life. In 1924 Florence and the Struvens (Howard and Hebe) worked tirelessly to host the sixteenth Annual Convention at the Bancroft Hotel. Florence assumed much of the expenses involved and never wanted anyone to know about it.

In the ball-room of the Bancroft Hotel. Dr. John Herman Randall of the Community Church of New York City, has been giving a course of lectures on the Baha’i principles, one each month, under the auspices of the Worcester Baha’i Assembly, and these meetings have been very well attended. One result has been that our local Assembly has increased its membership as well as its activities. We have strangers now present at all our meetings, where most interesting inquiries and investigations of the teachings are being carried on.

Another significant outcome of Dr. Randall’s lectures is that Dr. Tomlinson of the First Universal Church has offered Dr. Randall his pulpit this autumn to speak on the Baha’i principles. The Metaphysical and Psychology Clubs, where Dr. Randall has been lecturing on allied subjects for two years, were largely represented in these Sunday afternoon public meetings.

The Worcester Assembly wrote a letter to Shoghi Effendi informing him of Dr. Randall’s Baha’i work during the past three years in Worcester, to which Sohiel Afnan replied: “Your long and encouraging letter made Shoghi Effendi and all those who had pleasure of reading in exceedingly happy and hopeful.’ Shoghi also wrote, ‘I’m late in acknowledging your letter with its refreshing news, as I immediately gave it to be translated, in order that its contents may be shared by the friends throughout the East.

She was instrumental in keeping the Worcester Bahá’í Center (at 393 Main St, and later 306 Main St, downtown Worcester) open for more than thirty years, and as soon as the First Seven-Year Plan was announced, she financially assisted many pioneers whose dream it was to move into states where no Bahá’ís resided. She also bore the expense of the publication of the magazine, World Unity, to indirectly interest people in the Faith. Because of her interest in World Unity Magazine and World Unity meetings, Mrs. Morton made it possible to bring out the compilation of ‘Abdu’l-Bahá’s public talks entitled Foundations of World Unity. [2]

Never forgetting where she first learned of the Faith, Florence assisted in remodeling the Inn and other Green Acre properties. Her friend Alice Bacon recounted: [2]

No one can even guess how many of the friends were recipients of her bounty in attending sessions at Green Acre; nor how many she sent off to annual Conventions. Her one request was always that “No one must know this”.

Florence was one of the first women in Massachusetts to earn a degree in Landscape Architecture.  This knowledge was later put to practice when her family purchased a loggin cabin and adjacent land in the town of Paxton, MA in 1926 in what used to be a historical mill village. Florence transformed her family’s country estate, known as Glen Morton, into a center of learning and kinship. The old grist mill still standing and the woods, meadows, and waterfalls that surrounded it were often home to picnics, prayers, study, and consultation. [5, 6]  When the Hand of the Cause Roy Wilhelm built his estate on Spreckle Mountain at North Lovell, Maine, it was Florence who planted the first gardens. [2] 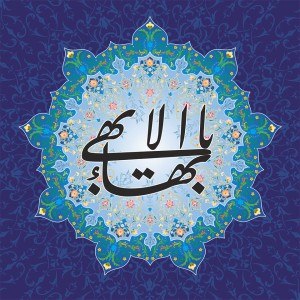 In the Spring and Summer, Florence welcomed Bahá’í friends on any and all occasions. Many new people received the message or deepened in the Creative Word to the accompaniment of water splashing down over the old mill wheel. She had rebuilt the old grist mill, furnished it in New England antiques in one huge room, used almost exclusively for her Bahá’í friends.  Other spots of beauty high in the Paxton hills were used for picnics and for study.  When a young girl, a cook in her home, received the Message and almost at once became a luminous and firm believer, Florence was overjoyed. [2] That person was Elsie Smith, the first Bahá’í to settle in Marlborough, Mass. in later years.

It was to this lush spot that the many Bahá’ís came! Their names are legend and their deeds history in our modern Bahá’í world. They came from everywhere. Montfort Mills, Roy Wilhelm, Horace Holley, Millie Collins and on and on the list goes.

Florence had the Old Mill restored and used the main area as a meeting room. There were beautiful old rugs on the floor, bookcases lining the walls, comfortable chairs and divans bringing the Old Mill to a new usefulness. She would start the mill wheel turning and to this music of its whine and its whoosh as it dipped into and lifted the water, the prayers were read and the teachings explored. There was something special about the intoning of the prayers in the old mill.

But the crowning feature was the messages that came through the Paxton post office from Shoghi Effendi! Those cables and letters! There was always someone peddling his bike up to Glen Morton with all the mail, cables, etc., unaware of the precious material he was delivering or of the Bahá’í history being made!