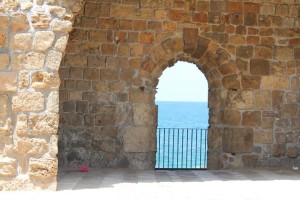 Shaykh Ismail was the leader of the Khaledi Sufis at Sulaymaniyyih. He was one of the early believers who recognized Bahá’u’lláh‘s unusual gifts. He received a long poem of which 127 of 2000 verses were preserved as the others identified Bahá’u’lláh’s divinity too directly for this early time of the Revelation. This work, called Poem of the Dove, is an example of the Sufi style of writing used by Bahá’u’lláh until 1863 when His declaration was made.