Shaykh Hasan recognized in the Báb all those attributes his master had predicted, and he became His devoted disciple, travelling far and wide to be close to the newest Manifestation of God on earth. When the ulama of Isfahan issued the death warrant for the Báb in 1846, Shaykh Hasan was near and one of only three Bábis permitted to visit the Báb. 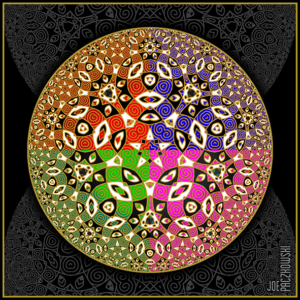 “O Shaykh Hasan, rejoice that your name is Hasan [praiseworthy]; Hasan your beginning, and Hasan your end. You have been privileged to attain to the day of Shaykh Ahmad, you have been closely associated with me [Siyyid Kazim], and in the days to come yours shall be the inestimable joy of beholding ‘what eye hath seen not, ear heard not, nor any heart conceived.’”[1]

Shaykh Hasan-i-Zunúzí will forever be remembered as one privileged to behold the Twin Luminaries during their life time and one of few to have recognized the station of Bahá’u’lláh prior to His confinement in the Siyah Chal.

As a student at the feet of Shaykh Ahmad he was intimated with the visionary forecast of his teacher. Following his master’s retirement in 1827, Shaykh Hasan became a devoted disciple of Siyyid Kazim, who labored patiently and assiduously in the path of God to help his disciples to gradually remove the veils that might keep them from recognizing the promised Qa’im. He provided them with a list of attributes to look out for and admonished them not to mistake their teacher for the Promised One. Shaykh Hasan-i-Zunúzí did indeed entertained such thoughts, and prayed to be relieved from these idle fancies that would only prevent him from the Harbinger of the Most Great Light at the appointed time.[2]

It was Siyyid Kazim who invited Shaykh Hasan one morning in 1841 to meet “a highly distinguished Person” on His pilgrimage to the holy cities of Iraq. After walking the streets of Karbila, he guided his disciple to the presence of Siyyid `Alí Muhammad Shírází, soon to be known around the country as the Báb. He recounts that they reached “a house, at the door of which stood a Youth, as if expectant to receive us. He wore a green turban, and His countenance revealed an expression of humility and kindliness which I can never describe. He quietly approached us, extended His arms towards Siyyid Kázim, and lovingly embraced him. His affability and loving-kindness singularly contrasted with the sense of profound reverence that characterised the attitude of Siyyid Kázim towards him.”[3]

Three days later, Shaykh Hasan found himself humbled and stunned once more by the majestic nature of that same youth. He was present when the Báb entered Siyyid Kazim’s school in Karbila, when a ray of sun fell onto His lap, and when his own distinguished teacher was rendered speechless by the presence of this venerable Youth. Shaykh Hasan would feel the awe-abiding power emanating from this Youth as he watched Him standing in an attitude of prayer, with tears streaming down His face, and in utter devotion, at the Shrine of ImamHusayn. And every time he observed this devoted prayer an incomprehensible force kept him from proceeding to address the Youth.

When the Call of the Promised One came from Shiraz three years later, he immediately recalled the Youth he had met in Karbila. “That Youth had set my heart aflame. The memory of that vision haunted me. My soul was wedded to His till the day when the call of a Youth from Shiraz, proclaiming Himself to be the Báb, reached my ears. The thought instantly flashed through my mind that such a person could be none other than that selfsame Youth whom I had seen in Karbila, the Youth of my heart’s desire.”[4]

Shaykh Hasan recognized in the Báb all those attributes his master had predicted, and he became His devoted disciple, travelling far and wide to be close to the newest Manifestation of God on earth. When the ulama of Isfahan issued the death warrant for the Báb in 1846, Shaykh Hasan was near and one of only three Bábis permitted to visit the Báb. When the Báb was imprisoned in Azerbaijan, at the vicious prime minister’s birth place Máh-Kú, he would venture to that remote corner to be with his Beloved. There, he was kept from the Báb’s presence by a prison guard by the name of Ali-Khan. Forbidden to visit the Báb, he would still find a way to serve Him: Every night, the Báb’s amanuensis Siyyid Husayn, one of the Letters of the Living, would go to the village for provisions and there he would also meet Shaykh Hasan. In that way, Shaykh Hasan served as intermediary between the Báb and His followers by receiving and taking letters of the Báb.

The Báb’s guard Ali-Khan would eventually beg the Báb to personally let him bring Shaykh Hasan to His presence. The story around Shaykh Hasan’s communications and his time in Máh-Kú is therefore center piece to the outstanding example of the individual transformation of this hostile prison guard.

Shaykh Hasan’s service as intermediary and scribe of the Báb took on a new level of responsibility when the Báb tasked him to carry all the Tablets which He had revealed during His incarceration in Máh-Kú and Chihríq to Siyyid Ibrahim-i-Khalíl in Tabriz who in turn was instructed to preserve and conceal them with utmost care.[5]Among the tablets revealed in that period are the Persian Bayan, the Arabic Bayan, the Kitabu’l-Asma’ (Book ofDivine Names) and Panj Sha’n (Five Modes of Revelation).

In Tabriz, Shaykh Hasan also visited his relative Siyyid Aliy-i-Zunúzí who often complained about his son Muhammad-‘Aliy-i-Zunúzí. Muhammad-‘Aliy is today remembered as none other than Anis and how Anis had learned to be the chosen one for the cup of martyrdom at the side of the Báb has been recounted to us by none other than Shaykh Hasan-i-Zunúzí, who heard the story directly from Anis.[6] But when Anis’ life came to an end, side by side with the Báb, on 9 July 1850, Shaykh Hasan was not in Azerbaijan anymore.

Two years prior in 1848 to that fateful day of His martyrdom, the Báb was informed of the encounter at the Shrine of Shaykh Tabarsi in Mazandaran, where His beloved Quddús fought against the forces of the Shah of Persia. The Báb directed all His companions to assist Quddús in that battle. For Shaykh Hasan however, He revealed a different plan: He directed him to move to the holy city of Karbila, where they had first met seven years earlier, and to make it his home. He further promised him that he would behold the Beauty of the Promised Husayn, and He admonished him to remain steadfast in his Faith.[7]

Advanced in age and concluding a nine-months long close association with the Báb, Shaykh Hasan immediately answered to this task, moved to Karbila in the same year, endured indignities at the hands of those Shaykhis who had failed to recognize the Báb, got married, and quietly went about his life as a scribe for a period of two years. It was in Karbila in 1850 that he learned about the passing of his Master, and it was in Karbila in 1851 that the Báb’s promise for him became reality.

At the order of the Persian Prime Minister, Bahá’u’lláh was in Karbila for a period of nine months. On October 5, 1851, Shaykh Hasan passed by the gate of the inner courtyard of the Shrine of Imam Husayn and met Him for the first time.[8]  Shaykh Hasan’s description of the Blessed Beauty reveals his humility in front of this noble person. “The beauty of that face, those exquisite features which no pen or brush dare describe, His penetrating glance, His kindly face, the majesty of His bearing, the sweetness of His smile, the luxuriance of His jet-black flowing locks, left an indelible impression upon my soul. I was then an old man, bowed with age. How lovingly He advanced towards me! He took me by the hand and, in a tone which at once betrayed power and beauty, addressed me in these words: ‘This very day I have purposed to make you known as a Bábí throughout Karbilá. […] Praise be to God that you have remained in Karbilá, and have beheld with your own eyes the countenance of the promised Husayn.’”

Moved to the core by these words that referenced the Báb’s promise so evidently, Shaykh Hasan longed to share this glorious message instantly with the people of Karbila. Bahá’u’lláh, however, bade him to conceal his emotions as the appointed Hour had not yet struck, but was approaching. The qualities most required from him at that moment were certitude and patience.

Despite having to keep this soul-stirring news to himself, Shaykh Hasan bathed in obedient joy: “From that moment all my sorrows vanished. My soul was flooded with joy. In those days I was so poor that most of the time I hungered for food. I felt so rich, however, that all the treasures of the earth melted away into nothingness when compared with that which I already possessed. ‘Such is the grace of God; to whom He will, He giveth it: He, verily, is of immense bounty.’”

It was towards the end of Bah’u’llah’s stay in Adrianople that atrocities against the Bahá’ís in Iraq increased. Mírzá Buzurg Khán decided to exile the Bahai’s from Baghdad and neighboring cities, and his first move was to arrest three believers in Karbilá and to escort them to Baghdád in chains. They were Shaykh Hasan-i-Zunúzí, Mullá Muhammad-Hasan-i-Qazvíní, and ‘Askar-i-Sáhib and they were sent to Persia and were handed over to the authorities in Kirmanshah, where from old age, the weight of the chains around his neck, and the hardships of the journey, Shaykh Hasan passed away.[9]

His daughter would marry Mirza Aliy-i-Sayyah-i-Maraghihi (Mulla Adi-Guzal), who had made a pilgrimage to the graves of Quddús and Mullá Husayn in the name of the Báb.

Shaykh Hasan-i-Zunúzí’s contributions to Bahá’í history are manifold; among those outstanding historians indebted to his reports belong the illustrious Nabíl-i-A’zam and Hand of the Cause Hasan Balyuzi.