This honored man was successful in converting a multitude. For the sake of God he cast all caution aside, as he hastened along the ways of love. 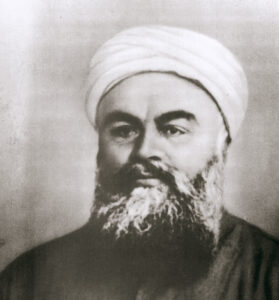 Yet another Hand of the Cause was the revered Mullá ‘Alí-Akbar, upon him be the glory of God, the All-Glorious. Early in life, this illustrious man attended institutions of higher learning and labored diligently, by day and night, until he became thoroughly conversant with the learning of the day, with secular studies, philosophy, and religious jurisprudence. He frequented the gatherings of philosophers, mystics, and Shaykhís, thoughtfully traversing those areas of knowledge, intuitive wisdom, and illumination; but he thirsted after the wellspring of truth, and hungered for the bread that comes down from Heaven. No matter how he strove to perfect himself in those regions of the mind, he was never satisfied; he never reached the goal of his desires; his lips stayed parched; he was confused, perplexed, and felt that he had wandered from his path. The reason was that in all those circles he had found no passion; no joy, no ecstasy; no faintest scent of love. And as he went deeper into the core of those manifold beliefs, he discovered that from the day of the Prophet Muḥammad’s advent until our own times, innumerable sects have arisen: creeds differing among themselves; disparate opinions, divergent goals, uncounted roads and ways. And he found each one, under some plea or other, claiming to reveal spiritual truth; each one believing that it alone followed the true path—this although the Muḥammedic sea could rise in one great tide, and carry all those sects away to the ocean floor. “No cry shalt thou hear from them, nor a whisper even.”

Whoso ponders the lessons of history will learn that this sea has lifted up innumerable waves, yet in the end each has dissolved and vanished, like a shadow drifting by. The waves have perished, but the sea lives on. This is why ‘Alí Qabl-i-Akbar could never quench his thirst, till the day when he stood on the shore of Truth and cried:

Here is a sea with treasure to the brim;
Its waves toss pearls under the great wind’s thong.
Throw off your robe and plunge, nor try to swim,
Pride not yourself on swimming—dive headlong.

Like a fountain, his heart welled and jetted forth; meaning and truth, like soft-flowing crystal waters, began to stream from his lips. At first, with humility, with spiritual poverty, he garnered the new light, and only then he proceeded to shed it abroad. For how well has it been said,

Shall he the gift of life to others bear
Who of life’s gift has never had a share?

A teacher must proceed in this way: he must first teach himself, and then others. If he himself still walks the path of carnal appetites and lusts, how can he guide another to the “evident signs” of God? 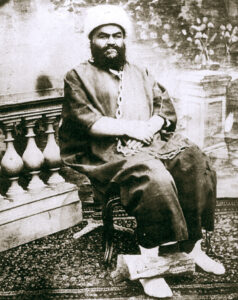 This honored man was successful in converting a multitude. For the sake of God he cast all caution aside, as he hastened along the ways of love. He became as one frenzied, as a vagrant and one known to be mad. Because of his new Faith, he was mocked at in Ṭihrán by high and low. When he walked through the streets and bázárs, the people pointed their fingers at him, calling him a Bahá’í. Whenever trouble broke out, he was the one to be arrested first. He was always ready and waiting for this, since it never failed.

Again and again he was bound with chains, jailed, and threatened with the sword. The photograph of this blessed individual, together with that of the great Amín, taken of them in their chains, will serve as an example to whoever has eyes to see. There they sit, those two distinguished men, hung with chains, shackled, yet composed, acquiescent, undisturbed.

Things came to such a pass that in the end whenever there was an uproar Mullá ‘Alí would put on his turban, wrap himself in his ‘abá and sit waiting, for his enemies to rouse and the farráshes to break in and the guards to carry him off to prison. But observe the power of God! In spite of all this, he was kept safe. “The sign of a knower and lover is this, that you will find him dry in the sea.” That is how he was. His life hung by a thread from one moment to the next; the malevolent lay in wait for him; he was known everywhere as a Bahá’í—and still he was protected from all harm. He stayed dry in the depths of the sea, cool and safe in the heart of the fire, until the day he died.

After the ascension of Bahá’u’lláh, Mullá ‘Alí continued on, loyal to the Testament of the Light of the World, staunch in the Covenant which he served and heralded. During the lifetime of the Manifestation, his yearning made him hasten to Bahá’u’lláh, Who received him with grace and favor, and showered blessings upon him. He returned, then, to Írán, where he devoted all his time to serving the Cause. Openly at odds with his tyrannical oppressors, no matter how often they threatened him, he defied them. He was never vanquished. Whatever he had to say, he said. He was one of the Hands of the Cause of God, steadfast, unshakable, not to be moved.

I loved him very much, for he was delightful to converse with, and as a companion second to none. One night, not long ago, I saw him in the world of dreams. Although his frame had always been massive, in the dream world he appeared larger and more corpulent than ever. It seemed as if he had returned from a journey. I said to him, “Jináb, you have grown good and stout.” “Yes,” he answered, “praise be to God! I have been in places where the air was fresh and sweet, and the water crystal pure; the landscapes were beautiful to look upon, the foods delectable. It all agreed with me, of course, so I am stronger than ever now, and I have recovered the zest of my early youth. The breaths of the All-Merciful blew over me and all my time was spent in telling of God. I have been setting forth His proofs, and teaching His Faith.” (The meaning of teaching the Faith in the next world is spreading the sweet savors of holiness; that action is the same as teaching.) We spoke together a little more, and then some people arrived and he disappeared. 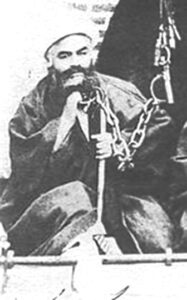 His last resting-place is in Ṭihrán. Although his body lies under the earth, his pure spirit lives on, “in the seat of truth, in the presence of the potent King.” I long to visit the graves of the friends of God, could this be possible. These are the servants of the Blessed Beauty; in His path they were afflicted; they met with toil and sorrow; they sustained injuries and suffered harm. Upon them be the glory of God, the All-Glorious. Unto them be salutation and praise. Upon them be God’s tender mercy, and forgiveness.