He wished neither rank nor office, and had no worldly aims at all. His one supreme desire was to serve Bahá’u’lláh, and for this reason he was never separated from his Brother’s presence. 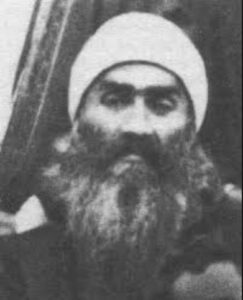 Jináb-i-Mírzá Músá was the true brother of Bahá’u’lláh, and from earliest childhood he was reared in the sheltering embrace of the Most Great Name. He drank in the love of God with his mother’s milk; when yet a suckling, he showed an extraordinary attachment to the Blessed Beauty. At all times he was the object of Divine grace, favor and loving-kindness. After their distinguished father died, Mírzá Músá was brought up by Bahá’u’lláh, growing to maturity in the haven of His care. Day by day, the youth’s servitude and devotion increased. In all things, he lived according to the commandments, and he was entirely severed from any thoughts of this world.

Like a bright lamp, he shone out in that Household. He wished neither rank nor office, and had no worldly aims at all. His one supreme desire was to serve Bahá’u’lláh, and for this reason he was never separated from his Brother’s presence. No matter what torments the others inflicted, his loyalty equaled the cruelty of the rest, for he had drunk the wine of unadulterated love.

Then the voice was heard, crying out of Shíráz, and from a single utterance of Bahá’u’lláh’s his heart was filled with light, and from a single gust that blew over the gardens of faith, he caught the fragrance. At once, he began to serve the friends. He had an extraordinary attachment to me, and was at all times concerned for my well-being. In Ṭihrán he occupied himself day and night with propagating the Faith and gradually became well known to everyone; habitually he spent his time in the company of blessed souls.

Bahá’u’lláh then left Ṭihrán, journeying to Iraq, and of His brothers the two who were in His company were Áqáy-i-Kalím and Mírzá Muḥammad-Qulí. They turned their faces away from Persia and the Persians, and closed their eyes to comfort and peace; in the Beloved’s path they chose with all their hearts to bear whatever calamity should be their lot.

Thus they arrived in Iraq. During the days when Bahá’u’lláh had vanished from sight, that is, when He was on the journey to Kurdistán, Áqáy-i-Kalím lived on the edge of an abyss; his life was constantly in danger, and each day that passed was worse than the one before; still, he bore it all, and knew no fear. When at last the Blessed Beauty returned out of Kurdistán, Áqáy-i-Kalím resumed his post by the Holy Threshold, rendering every service within his power. For this he became known far and wide. At the time when Bahá’u’lláh left Baghdad for Constantinople, Áqáy-i-Kalím was with Him and continued to serve along the way, as he did on the further journey from Constantinople to Adrianople. 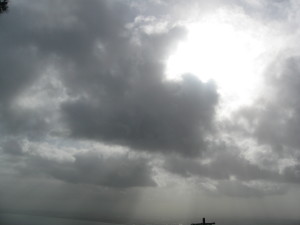 It was during the sojourn in this latter city that he detected from Mírzá Yaḥyá the odor of rebellion. Day and night he tried to make him mend his ways, but all to no avail. On the contrary, it was astonishing how, like a deadly poison, the tempt ings and satanic suggestions of Siyyid Muḥammad worked on Mírzá Yaḥyá, so that Áqáy-i-Kalím finally abandoned hope. Even then he never ceased trying, thinking that somehow, perhaps, he could still the tempest and rescue Mírzá Yaḥyá from the gulf. His heart was worn away with despair and grief. He tried everything he knew. At last he had to admit the truth of these words of Saná’í:

If to the fool my lore you’d bring,
Or think my secrets can be told
To him who is not wise—
Then to the deaf go harp and sing,
Or stand before the blind and hold
A mirror to his eyes.

When all hope was gone, he ended the relationship, saying: “O my brother, if others are in doubt as to this affair, you and I both know the truth. Have you forgotten the loving-kindness of Bahá’u’lláh, and how He trained us both? What care He took with your lessons and your penmanship; how constantly He saw to your spelling and your composition, and encouraged you to practice the different calligraphic styles; He even guided your copy with His own blessed fingers. Who does not know how He showered favors on you, how He brought you up in the haven of His embrace. Is this your thanks for all His tenderness—that you plot with Siyyid Muḥammad and desert the shelter of Bahá’u’lláh? Is this your loyalty? Is this the right return for all His love?” The words had no effect whatever; on the contrary, with each passing day, Mírzá Yaḥyá disclosed a greater measure of his concealed intent. Then at the end, the final rupture took place.

From Adrianople, Áqáy-i-Kalím went on with the convoy of Bahá’u’lláh, to the fortress of ‘Akká. His name was specifically listed in the Sulṭán’s decree, and he was condemned to perpetual banishment. He devoted all his time in the Most Great Prison to serving Bahá’u’lláh, and had the honor of being continually in his Brother’s presence, also keeping company with the believers; until at last he left this world of dust and hastened to the holy world above, dying with lowliness and contrition, as he supplicated his Lord.

It happened that during the Baghdad period, the well-known Ílkhání, son of Músá Khán-i-Qazvíní, received through Siyyid Javád-i-Ṭabáṭabá’í an audience with Bahá’u’lláh. Siyyid Javád on that occasion made a plea in the Ílkhání’s behalf, saying: “This Ílkhání, ‘Alí-Qulí Khán, although a sinner and a lifelong creature of his passions, has now repented. He stands before You with regret as to his former ways, and from this day forward he will not so much as draw a breath that might be contrary to Your good pleasure. I beg of You, accept his repentance; make him the object of Your grace and favor.”

“Because he has chosen you as intercessor, I will hide away his sins, and I will take steps to bring him comfort and peace of mind.” 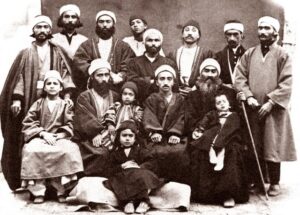 The Ílkhání had been a man of unlimited wealth, but he had wasted it all on the desires of the flesh. He was now destitute, to such a point that he did not even dare to step outside his house, because of the creditors waiting there to fall upon him. Bahá’u’lláh directed him to go to ‘Umar Páshá, the Governor of Damascus, and obtain from him a letter of recommendation to Constantinople. The Ílkhání complied, and he received every assistance from the Governor of Baghdad. After utter despair, he began to hope again, and left for Constantinople. When he arrived at Díyárbakr he penned a letter on behalf of two Armenian merchants. “These two are about to leave for Baghdad,” his letter said. “They have shown me every courtesy, and have also asked me for an introduction. I had no refuge or shelter except Your bounty; thus I beg of You to show them favor.” The superscription, that is, the address he had written on the envelope was: “To His Eminence Bahá’u’lláh, Leader of the Bábís.” The merchants presented this letter to Bahá’u’lláh at the head of the bridge, and when He inquired about it their reply was: “In Díyárbakr, the Ílkhání gave us particulars as to this Cause.” Then they accompanied Him to His house.

When the Blessed Beauty entered the family apartments, Áqáy-i-Kalím was there to meet Him. Bahá’u’lláh cried out, “Kalím, Kalím! The fame of the Cause of God has reached as far as Díyárbakr!” And He was smiling, jubilant.

Mírzá Músá was indeed a true brother to the Blessed Beauty; this is why he remained steadfast, under all conditions, to the very end. Unto him be praise and salutations, and the breath of life, and glory; upon him be mercy and grace.