Large crowds of people thronged the approaches to the headquarters of the government, eager to learn what would befall him. "Since last night," the Amir, as soon as he had seen him, remarked, " I have been besieged by all classes of State officials who have vigorously interceded in your behalf. 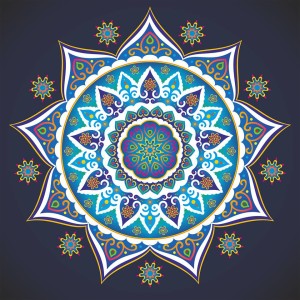 Mirza Qurban-‘Ali, a native of Barfurush in the province of Mazindaran, and an outstanding figure in the community known by the name of Ni’matu’llahi. He was a man of sincere piety and endowed with great nobleness of nature. Such was the purity of his life that a considerable number among the notables of Mazindaran, of Khurasan and Tihran had pledged him their loyalty, and regarded him as the very embodiment of virtue. Such was the esteem in which he was held by his countrymen that, on the occasion of his pilgrimage to Karbila, a vast concourse of devoted admirers thronged his route in order to pay their homage to him. In Ramadan, as well as in Kirmanshah, a great number of people were influenced by his personality and joined the company of his followers. Wherever he went, he was greeted with the acclamations of the people. These demonstrations of popular enthusiasm were, however, extremely distasteful to him. He avoided the crowd and disdained the pomp and circumstance of leadership. On his way to Karbila, while passing through Mandalij, a shaykh of considerable influence became so enamoured of him that he renounced all that he had formerly cherished and, leaving his friends and disciples, followed him as far as Ya’qubiyyih. Mirza Qurban-‘Ali, however, succeeded in inducing him to return to Mandalij and resume the work which he had abandoned.

On his return from his pilgrimage, Mirza Qurban-‘Ali met Mulla Husayn and through him embraced the truth of the Cause. Owing to illness, he was unable to join the defenders of the fort of Tabarsi, and, but for his unfitness to travel to Mazindaran, would have been the first to join its occupants. Next to Mulla Husayn, among the disciples of the Bab, was the person to whom he was most attached.

During my visit to Tihran, I was informed that the latter had consecrated his life to the service of the Cause and had risen with exemplary devotion to promote its interests far and wide. I often heard Mirza Qurban-‘Ali, who was then in the capital, deplore that illness. “How greatly I grieve,” I heard him several times remark, “to have been deprived of my share of the cup which Mulla Husayn and his companions have quaffed! I long to join Vahid and enrol myself under his banner and strive to make amends for my previous failure.” He was preparing to leave Tihran, when he was suddenly arrested. His modest attire witnessed to the degree of his detachment. Clad in a white tunic,after the manner of the Arabs, cloaked in a coarsely woven ‘aba, 1 and wearing the head-dress of the people of ‘Iraq, he seemed, as he walked the streets, the very embodiment of renunciation. He scrupulously adhered to all the observances of his Faith, and with exemplary piety performed his devotions. “The Bab Himself conforms to the observances of His Faith in their minutest details,” he often remarked. “Am I to neglect on my part the things which are observed by my Leader?” 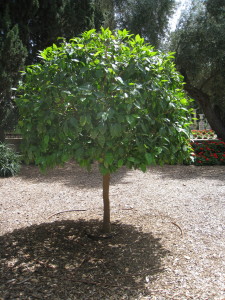 When Mirza Qurban-‘Ali was arrested and brought before the Amir Nizam, a commotion such as Tihran had rarely experienced was raised. Large crowds of people thronged the approaches to the headquarters of the government, eager to learn what would befall him. “Since last night,” the Amir, as soon as he had seen him, remarked, ” I have been besieged by all classes of State officials who have vigorously interceded in your behalf.  From what I learn of the position you occupy and the influence your words exercise, you are not much inferior to the Siyyid-i-Bab Himself. Had you claimed for yourself the position of leadership, better would it have been than to declare your allegiance to one who is certainly inferior to you in knowledge.” “The knowledge which I have acquired,” he boldly retorted, “has led me to bow down in allegiance before Him whom I have recognized to be my Lord and Leader. Ever since I attained the age of manhood, I have regarded justice and fairness as the ruling motives of my life. I have judged Him fairly, and have reached the conclusion that should this Youth, to whose transcendent power friend and foe alike testify, be false, every Prophet of God, from time immemorial down to the present day, should be denounced as the very embodiment of falsehood! I am assured of the unquestioning devotion of over a thousand admirers, and yet I am powerless tc change the heart of the least among them. This Youth, however, has proved Himself capable of transmuting, through the elixir of His love, the souls of the most degraded among His fellow men. Upon a thousand like me He has, unaided and alone, exerted such influence that, without even attaining His presence, they have flung aside their own desires and have clung passionately to His will. Fully conscious of the inadequacy of the sacrifice they have made, these yearn to lay down their lives for His sake, in the hope that this further evidence of their devotion may be worthy of mention in His Court.” “I am loth,” the Amir Nizam remarked, “whether your words be of God or not, to pronounce the sentence of death against the possessor of so exalted a station.” “Why hesitate?” burst forth the impatient victim. “Are you not aware that all names descend from Heaven? He whose name is ‘Ali, in whose path I am laying down my life, has  from time immemorial inscribed my name, Qurban-‘Ali, 1in the scroll of His chosen martyrs. This is indeed the day on which I celebrate the Qurban festival, the day on which I shall seal with my life-blood my faith in His Cause. Be not, therefore, reluctant, and rest assured that I shall never blame you for your act. The sooner you strike off my head, the greater will be my gratitude to you.” “Take him away from this place!” cried the Amir. “Another moment, and this dervish will have cast his spell over me!” “You are proof against that magic,” Mirza Qurban-‘Ali replied, “that can captivate only the pure in heart. You and your like can never be made to realise the entrancing power of that Divine elixir which, swift as the twinkling of an eye, transmutes the souls of men.”

Exasperated by the reply, the Amir Nizam arose from his seat and, his whole frame shaking with anger, exclaimed: “Nothing but the edge of the sword can silence the voice of this deluded people!” “No need,” he told the executioners who were in attendance upon him, “to bring any more members of this hateful sect before me. Words are powerless to overcome their unswerving obstinacy. Whomever you are able to induce to recant his faith, release him; as for the rest, strike off their heads.” 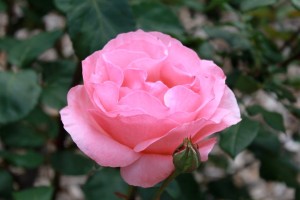 As he drew near the scene of his death, Mirza Qurban ‘Ali, intoxicated with the prospect of an approaching reunion with his Beloved, broke forth into expressions of joyous exultation. “Hasten to slay me,” he cried with rapturous delight, “for through this death you will have offered me the chalice of everlasting life. Though my withered breath you now extinguish, with a myriad lives will my Beloved reward me; lives such as no mortal heart can conceive!” “Hearken to my words, you who profess to be the followers of the Apostle of God,” he pleaded, as he turned his gaze to the concourse of spectators. “Muhammad, the Day-Star of Divine guidance, who in a former age arose above the horizon of Hijaz, has today, in the person of ‘Ali-Muhlammad, again risen from the Day-Spring of Shiraz, shedding the same radiance and imparting the same warmth. A rose is a rose in whichever garden, and at whatever time, it may bloom.”

Seeing on every side how the people were deaf to his call, he cried aloud: “Oh, the perversity of this generation! How heedless of the fragrance which that imperishable Rose has shed! Though my soul brim over with ecstasy, I can, alas, find no heart to share with me its charm, nor mind to apprehend its glory.” At the sight of the body of Haji Mirza Siyyid ‘Ali, beheaded and bleeding at his feet, his fevered excitement rose to its highest pitch. “Hail,” he shouted as he flung himself upon it, “hail the day of mutual rejoicing, the day of our reunion with our Beloved!” “Approach,” he cried to the executioner, as he held the body in his arms, “and strike your blow, for my faithful comrade is unwilling to release himself from my embrace, and calls me to hasten together with him to the court of the Well-Beloved.” A blow from the executioner fell immediately upon the nape of his neck. A few moments later, and the soul of that great man had passed away. That cruel stroke stirred in the bystanders feelings of mingled indignation and sympathy. Cries of sorrow and lamentation ascended from the hearts of the multitude, and provoked a distress that was reminiscent of the outbursts of grief with which every year the populace greets the day of ‘Ashura.