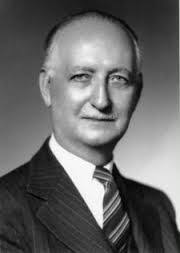 His family was well-to-do and his forebears included congregationalist ministers and noted educators. He graduated from the well-known Lawrenceville School in New Jersey in 1906 and went on to attend Williams College where he studied literature.

In 1909, he set out for Europe with the intention of spending the summer there and returning to complete his studies. However, he met a young artist, Bertha Herbert, on the boat. She loaned him Myron Phelps’ book about ‘Abdu’l-Bahá which introduced Holley to the Bahá’í Faith. Herbert and Holley were married in October 1909 and remained in Europe, first in Italy and later in France. While they lived in Italy, their first daughter, Hertha, was born.

In 1911, the Holley family went to Thonon-les-Bains, France, to meet ‘Abdu’l-Bahá who was staying there. In 1912, they moved to Paris and again met ‘Abdu’l-Bahá on his visits there. In Paris, Horace opened a modern art gallery and Bertha studied design. While living in Paris, Holley published his first books of verse and his first work on the Bahá’í Faith, Bahaism: The Modern Social Religion.

Holley’s view of the Bahá’í Faith was very much in social terms in these early years. It was not really until later that he developed an appreciation of its specifically religious aspects. Although, even then, he tended to emphasize a continuity between the religious and social aspects, viewing the former as inspiring individuals to achieve the latter rather than seeing them as directly interconnected.

After the outbreak of World War I, the Holleys were among those who fled Paris. They went first to London, and then to New York where they stayed initially with the Kinney family, staunch members of the New York Bahá’í community.

The Holleys established themselves in Greenwich Village, New York, and associated with the rather bohemian literary and artistic society there. Their second daughter, Marcia, was born in 1916. Horace continued to write, publishing more verse, plays, and discussion of the Bahá’í Faith. However, what private income they had did not go as far in New York as it had in Europe and any supplement provided by Horace’s literary and Bertha’s artistic endeavors was inconsequential. Horace entered the more commercially viable world of advertising copywriting, working first with the Iron Age Publishing Company from 1918 to 1920 and then as chief of the copy department at the Redfield Advertising Agency from 1921 to 1925.

The Holleys’ difficulties were not only financial. Their marriage had been under strain for some time and the circles in which they moved in Greenwich Village did not contribute to its stability. Horace and Bertha divorced in 1919. That same year, Holley married Doris Pascal whom he had first met in Paris.

Although divorced, Horace and Bertha remained un-amicably entangled for many years over financial matters and because of the sad condition of their elder daughter. Bertha went through repeated and worsening periods of mental disturbance until her death in 1936 which were very costly for all the family both financially and emotionally.

From his arrival in New York, Holley was active in Bahá’í circles, as well as those of Greenwich Village, and by the early 1920s he was also well-known nationally in the Bahá’í community. He was also an active member of St. Mark’s Episcopal Church in New York which had developed an association with the Bahá’í community, among others, under its rector Dr William Norman Guthrie in the years before World War I. Holley served as Junior Warden of the vestry from 1928 to 1933, writing the church’s publicity materials, acting as part-time manager of its rental apartment buildings, and spearheading its fundraising efforts. Holley left the church in 1933, along with many Bahá’ís and others, as a consequence of a disagreement between the vestry and the rector over church finances. 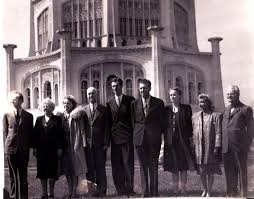 In 1923, Holley was elected to the National Spiritual Assembly of the Bahá’ís of the United States for the first time. He would serve on this body until 1959. He was Secretary from 1924 to 1930 and from 1932 to 1959. It was during his first term that the position was made full-time and Holley gave up his now well established career in advertising.

As well as serving on the National Assembly and working with St Mark’s Church, Holley also served as editor of World Unity Magazine and worked with the World Unity Foundation. He initiated and edited Bahá’í News. And he was involved with numerous editorial and writing activities related to Star of the West, The Bahá’í World, and editions of Bahá’í writings.

In the late 1930s, the NSA decided to move the Bahá’í national administrative headquarters from the East Coast to the vicinity of the Mashriqu’l-Adhkar in Wilmette, Illinois. Holley moved to Wilmette in 1939, and this, together with the travel restrictions later imposed by World War II, encouraged a centralizing of national committee activities there as well as the direct administrative functions of the National Assembly secretariat itself.

Holley’s conscientiousness and availability did sometimes encourage a “let Horace do it” attitude that could result in more of the burden and responsibility for national Bahá’í affairs resting on one person’s shoulders than was quite fair. This conscientiousness was greatly relied upon by Shoghi Effendi, both for dealing with matters within the United States and internationally. Shoghi Effendi was likely the only person concerned with Bahá’í affairs to be in a position to both appreciate the extent of Holley’s labors and to legitimately ask for more as he, himself, was even more beset.

After the move to Wilmette, Holley continued his editorial work, despite the growth in his administrative role, and served on national committees. He was also active in the local Wilmette Bahá’í community hosting community feasts and firesides. He participated in the broader life of the town, as well, becoming a member of Rotary, helping found the Wilmette Historical Commission, and even serving as an air raid warden during the war.

In 1944, Holley suffered a heart attack and from that year had recurring bouts of ill health, both because of his heart and later because of a nerve condition that caused him to be in almost constant pain. He also had problems with his eyesight. Despite everything, he continued to serve well beyond the point where concern for his health could have decided him to retire. Indeed, he even broadened the scope of his activities to include an international dimension. The National Assembly did establish the post of Assistant Secretary to help him, electing Charlotte Linfoot to this position, and she took over much of the day to day work of the office.

Later in 1951, Shoghi Effendi appointed Holley a Hand of the Cause. Subsequent to this he attended overseas events as Shoghi Effendi’s representative as well as that of the United States National Assembly. Of the international conferences held as part of the Holy Year celebrations of 1953, Holley attended those in Kampala, Uganda, Stockholm, Finland, and New Delhi, India, as well as the one in Chicago.

It was also in 1953 that Holley and Shoghi Effendi met for the first time after three decades of collaboration by correspondence when Holley visited Haifa, Israel, in December. As Secretary of the most firmly established national Bahá’í administrative body, Holley had played a major role in aiding Shoghi Effendi’s efforts to give practical expression to Bahá’í administrative principles, even if Shoghi Effendi had to curb Holley’s tendency to want to establish procedural rules. Temperamentally, Holley felt most comfortable with firm boundaries and it was an effort for him to imagine an administrative structure that approached situations contextually and flexibly. To some, this made him appear rigid, even intolerant, when it was largely a concern for a level playing field. Those occasions never ceased to astound him when he thought he was acting impartially in the best interests of all, but his actions were viewed as dictatorial.

In 1957, Holley attended the convention in Lima, Peru, at which the election for the first National Assembly for the northern countries of South America was held, as Shoghi Effendi’s personal representative.

After the death of Shoghi Effendi in November 1957, Holley played a prominent role in the conclaves of the Hands who were attempting to steer the Bahá’í Faith on a safe course. Subsequently, he was asked to become one of the Hands of the Cause resident in Israel.

He resigned from the United States National Spiritual Assembly in 1959 and he and Doris arrived in Haifa in December of that year. His illness had now progressed considerably and he was very weak. He died in July 1960 and was buried at the foot of Mount Carmel in Haifa.

TagsBaha'i Hand of the Cause of God Horace Holley
FacebookTwitterPinterestLinkedIn