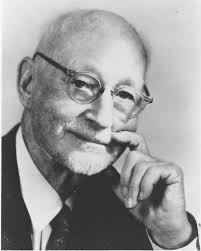 Stanwood Cobb studied at Dartmouth College and was a valedictorian of his grauating class and then at Harvard Divinity School, he earned an A.M. in philosophy and comparative religion.  He was an American educator, author and prominent Bahá’í.His parents were Darius Cobb and Laura Marie Lillie Cobb who both died in 1919. 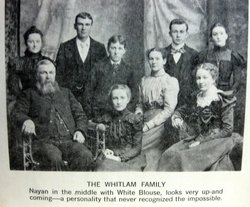 On September 19, 1919 he married Ida Nayan Whitlam who was a member of several literary associationswho later died in 1967. They had no children.

His father and his father’s twin brother Cyrus Cobb were Civil War soldiers and artists, and descendents of Elder Henry Cobb of the second voyage of the Mayflower. Their mother was Eunice Hale Waite Cobb, who was the founding president of the Ladies Physiological Institute of Boston. [1]

Although Stanwood’s books are no longer widely read in the Bahá’í community, he was a prolific writer, innovative teacher and international lecturer. He has well earned his place, if somewhat neglected, in the annals of Bahá’í history. I first came across Stanwood’s name in our family library. There Jack McClean discovered a few of his books, including Islamic Contributions to Civilization (1963), which gives a readable, economical overview of the contributions of Islam to world culture and civilization.

Jack first met Stanwood Cobb at Beaulac summer and winter school, a property north of Montreal in the beautiful Laurentian Hills, not far from Rowdon, Quebec. Jack was about 14 years old; Stanwood would have been about 72. (Circa 1959). When, years later, Jack paid him a visit at his cottage at the Green Acre Centre near Eliot, Maine in the summer of 1977, he had reached the advance old age of 96, but he was to live on for a few more years. Although he was somewhat frail by 1977, Dr. Cobb was still in reasonably good health, a condition that had been produced, not only by robust genes, but also by his life-long regimen of good hygiene, a program that included deep-breathing, meditation, dietary practices and exercise.

Beaulac had once been owned by the National Spiritual of the Bahá’ís of Canada but it was subsequently sold. It consisted of a two-story farm house, a barn that had been converted into a rustic lecture hall for larger meetings — it always retained the lingering odor of the cattle barn — cabins on both sides of the highway, a small lake, and acres of rolling hills. It was at lunch that Jack met Stanwood. He sat opposite. Time has not dimmed the memory of this colourful character. He was showing a faint growth of beard and, as he recalls, unlike photos of his later years, he was not wearing glasses, perhaps because he was returning from his morning swim.

Memories of `Abdu’l-Bahá: The Joy of Life 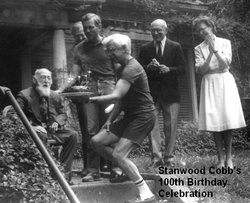 It was during his lectures in the barn that he first spoke of `Abdu’l-Bahá, whom he had met on five occasions: twice in Akká in 1909 and 1910, later in Boston (1912), then in Washington (1912) and finally in Paris (1913). It was later at Green Acre, in old age, that he would give me his more personal impressions. But during his barn lectures, Stanwood related some of the stories that were published in his memoir “Memories of `Abdu’l-Bahá.” However, the following observation was not found there. “Abdu’l-Bahá,” said Dr. Cobb, “was unlike the other spiritual leaders who came to Green Acre in this respect: He had a wonderful sense of humour and laughed out loud. It is this joy and zest for living that distinguished the Master from the other spiritual teachers there. They were much too serious. `Abdu’l-Bahá fully embraced the joy of life and encouraged his followers to do the same.”

It was at Beaulac that Stanwood told the story of how his father — “a venerable Boston artist 75 years of age,” a devoutly religious man — much to Cobb’s shock and horror, began to lecture the Master on the personal spiritual philosophy that was the fruitage of his mature years. There must have been something of the preacher in Mr. Cobb senior because Stanwood’s memoir says that his father, for no less than half an hour, “proceeded to lay down the law to `Abdu’l-Bahá.” But on this, as on other occasions, the younger Cobb witnessed `Abdu’l-Bahá’s graciousness and silent wisdom. In an unforgettable lesson, informed by infinite courtesy and humility, the Master listened patiently to the preachment, smiling all the while, “enveloping us with His love.” The unfailing wisdom of `Abdu’l-Bahá had correctly divined that Mr. Cobb Senior needed to empty his cup. Stanwood’s father came away from his encounter with `Abdu’l-Bahá fully satisfied this wonderful interview! [2] 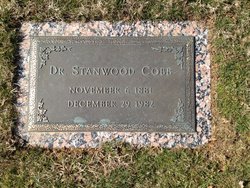 Please read Stanwood Cobb’s essay on The Continuity of Religion by clicking here.