In 1967, Mag completed a Master of Arts Degree at George Peabody College in Nashville, majoring in Education and English. For fifteen years, she taught in primary and secondary schools in Nashville. She also taught and supervised student teachers. 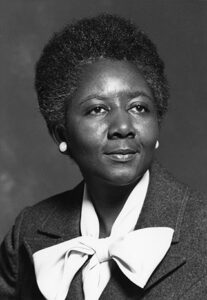 Dr. Magdalene M. Carney was a writer, a Civil Rights advocate, a Bahá’í, and first and foremost, an educator. She was known and loved for her many excellent qualities and especially for her wholehearted commitment to the education of children and youth and to the Bahá’í Faith.

Mag, as her friends called her, was the eldest of eight children. She was raised on a working family farm that, despite many challenges, grew from 30 to 90 acres during her lifetime. Mag assisted her parents in every aspect of running the farm and of raising her five brothers and two sisters.

“My parents placed a weighty responsibility on me early on,” she wrote. “They expected me to set the proper example for my brothers and sisters in all matters pertaining to moral and wholesome living.”

Mag displayed determination to obtain an education that was denied to her forebears. Her grandfather had been released from slavery when he was 17. Her mother had a third grade education, and her father had to give up his formal education to work on the farm. “I privately vowed to educate myself so that I would be able to increase our resources and thereby give our family a little relief from dire poverty,” she wrote.

One time, at age 9, young Mag was determined to go to school despite a blizzard. Her father lifted her up onto a large plow horse, wrapped her feet and legs in burlap bags to protect against frostbite, and off she rode into the blizzard. She and her teacher were the only ones who made it to school that day. 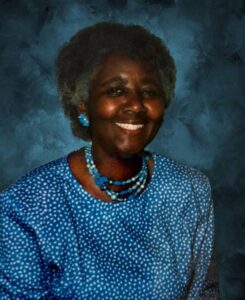 In 1967, Mag completed a Master of Arts Degree at George Peabody College in Nashville, majoring in Education and English. For fifteen years, she taught in primary and secondary schools in Nashville. She also taught and supervised student teachers.

In 1969, during the Civil Rights Movement, Magdalene Carney led and coordinated a successful nonviolent desegregation program in the Canton, Mississippi public school system. Her excellence was recognized and she was awarded a Ford Foundation Fellowship in Educational Leadership. This award provided financial resources for her to spend five years earning a Doctor of Education degree at the University of Massachusetts.

Dr. Carney’s professional work and publications focused on the education of competent and compassionate teachers, the role of ideals in human development, emotional development, and the education of children and youth. She believed prejudice was an emotional commitment to a falsehood, and thus prevention and treatment of prejudice required reaching and re-educating both the mind and the heart.

Mag joined the Bahá’í community in August 1962. Dr. Sarah Martin Pereira, then Professor of Romance Languages at Tennessee State University, met Mag while supervising a student teacher in Mag’s classroom. Dr. Pereira gave Mag a pamphlet, “Modern Religion for Modern Man.” It summarized the purpose of religion, outlined the essential features of a new religious system, and invited the reader to investigate its principles. Mag wrote, “By the time I finished reading, I believed in the new system: the Bahá’í Faith. Unimaginable joy flooded my heart!”

Magdalene Carney became an indefatigable teacher of the Bahá’í Faith, which she embraced wholeheartedly and unreservedly. Mag served the Bahá’í Faith in many capacities on local, regional, national and global levels.

From 1970 to 1983, she was re-elected annually to the National Spiritual Assembly, the governing body of the Bahá’ís of the United States .

In 1983, she moved to Haifa, Israel to become a counsellor member of the International Teaching Centre at the Bahá’í World Center. There she spoke with groups of youth volunteers and visitors from all over the world.

She also travelled widely to Africa, Europe and island nations to encourage the spiritual, moral, social and intellectual development of growing Bahá’í communities. In 1985, she participated in the United Nations World Conference on Women in Kenya. In 1989, she gave a keynote speech for an international Bahá’í Women’s Conference in the Netherlands.

The Magdalene Carney Bahá’í Institute in West Palm Beach, Florida is named in her honor and carries on her educational work, particularly with children and youth in the local community.