In December 1953, when Mr. Khazeh returned from one of his two-month teaching trips he was awakened at four o'clock in the morning by three Baha'i friends who wanted to congratulate him. Greatly astonished, he asked them the reason. They asked if he had not received his telegram? [please visit the site to read more] 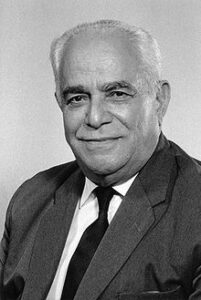 Colonel Jalal Khazeh was a master of the Persian and Arabic languages, spoke English well, and knew some Spanish. A competent and skillful speaker Mr. Khazeh left strong impressions on his listeners with his broad knowledge of the Faith. He was courageous by nature and since he possessed a forceful, fine build, and he did not hesitate to reprimand even government officials if they neglected to fulfil their duty in favor of giving in to pressure from fanatical elements.

Mr. Khazeh was an indefatigable traveler, observing, reporting and correcting growth in the communities he visited. “…when someone visits a community,” he wrote, “…the community will do its best to show only the positive and good side. To get a complete understanding of the situation everywhere one must travel to a good many of the centers which he himself chooses, without an escort from the Assembly or community, with just someone as a guide. Then you will truly understand and see the real situation which exists…”

As a result of the persecutions he had suffered, Mr. Khazeh’s father died at the age of thirty-five, when Jalal, was only seven years old.  He wrote: “Through my mother’s guidance I participated in my early years in two different classes conducted by well-known Baha’i scholars. So, I owe my faith to my mother’s guidance and these teaching evenings.”

At seventeen, Jalal began to study veterinary medicine at the military academy.  At 19 he married Jamaliyyih Khanum, the daughter of Jinab-i-Karbila’i Mihdi ‘Tihrani, who had spent three years imprisoned in the Siyah-Chal.  Jalal Khazeh was blessed with three daughters and two sons.

In 1943, he retired from the military with the rank of colonel or one star general. In 1944, at the historic National Convention in Shiraz, he was elected to the National Spiritual Assembly of Iran. He served for five years.  Afterwards, he was elected to the Spiritual Assembly of Tehran and served for three years as secretary while travelling continuously throughout Persia. He resigned in 1951 to continue his travel teaching. During 1952, he attained the presence of the beloved Guardian who gave him the task of teaching the Cause of God in the whole of Persia. This he did until the Guardian advised he travel to Africa.

In December 1953, when Mr. Khazeh returned from one of his two-month teaching trips he was awakened at four o’clock in the morning by three Baha’i friends who wanted to congratulate him. Greatly astonished, he asked them the reason. They asked if he had not received his telegram? When he replied in the negative, one of the friends embraced him and said, “Then I am the first to bring you the happy news that you have been appointed a Hand of the Cause of God. The telegram arrived twenty days ago.”

“Amazement and astonishment”, writes Mr. Khazeh, “took hold of this servant’s whole being. How strange, what ability does this insignificant, shameful, modest atom possess to be honored by such a high rank and such grace and to be chosen for this?”

Mr. Khazeh wrote: ‘I saw the arduousness of my future task, also the fire of hopelessness began to consume me.’ In both the Arabic and Persian languages, “khazeh” means “humble.” Mr. Khazeh sent a telegram to the· Guardian asking for his support and help, “so that the feeble back of this nonentity will be enabled to carry this heavy load…”

Thus Mr. Khazeh became one of twenty-seven living Hands of the Cause, five women and twenty-two men, ranging in age from 96 to only 31. Another Iranian Hand of the Cause, Shu`á`u’lláh ‘Alai, held the rank of 3-star general.

“if we take one step sincerely in His exalted path, He comes towards us one thousand steps through His goodness and grace… ” On pilgrimage with other Hands of the Cause “Shoghi Effendi told us that we must serve the Cause of God until our last breath. He said that if we do not visit the friends who are isolated…their tree of being will wither.” “I travelled through forests and over mountains, only mules which were especially trained were able to cover this distance.”

In 1954 he was re-elected to the National Spiritual Assembly of Iran. He continued travelling as well. It was he who conveyed directions to the Local Assembly of Bushihr to transfer the remains of the wife of the Bab. Soon, he began numerous journeys abroad; reporting on the successes of the friends and monitoring the activities of the covenant breakers.

After the passing of the Guardian, the Hands of the Cause decided nine should reside in Haifa while the others travelled the globe.  Mr. Khazeh served in the Holy Land from 1957 to 1963, caring for and guiding pilgrims to sites of historic importance and making trips abroad to expound the decisions of the Hands of the Cause.

In 1963 he attended the first Baha’i World Congress in London. Over time he attended many national conventions representing the Universal House of Justice. When the House of Justice reduced the number of Hands in the Holy Land to five Mr. Khazeh chose to serve as a focal point for Baha’i activities in South America. There he fostered the creation of a Spanish newsletter, attended the opening sessions of the Board of Counsellors for South America and visited unnumbered Baha’i communities.

In 1969 he and his wife returned to Tehran.  Next, they moved to Babulsar.

After his wife passed away the Revolutionary Guards of the Islamic Republic attacked his house. He was interrogated, and all his writings, documents and books were confiscated. The friends moved him to Tehran while the authorities continued searching.

In 1984, at age 87, advised by the National Spiritual Assembly he moved to Canada. During the last ten years of his life, he was home bound because of poor health. He had to content himself with assisting the friends through giving advice. When Hand of the Cause of God Jalal Khazeh ascended to the Abha Kingdom the Baha’i world mourned a man whose tireless service began during the Formative Age.  His radiant happiness, devotion, and eagerness to serve will never be forgotten.

The Universal House of Justice sent the following message FEBRUARY 25, 1990 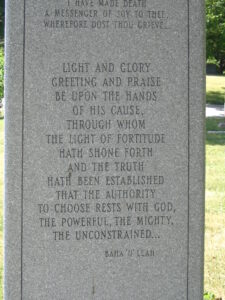 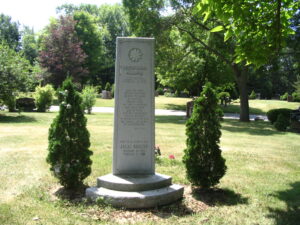 -Permission given by George Ronald, Publishers

5 – “Hand of the Cause of God” Bahai-Library.com: Winters, Jonah

6 – Washington, Bill “Hands of the Cause of God: Personal Recollections” Bahai-Library.com: Winters, Jonah

Images:
Courtesy of Will Naylor