Dr. Chester Ira Thacher was a Disciple of ‘Abdu’l-Bahá. He was a Christian Scientist and around 1897 he became a Bahá’í. 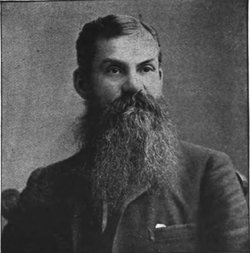 Dr. Chester Ira Thacher was a Disciple of ‘Abdu’l-Bahá. He was a Christian Scientist and around 1897 he became a Bahá’í. He married Julia Gross Thacher in the early 1870s and gave birth to their only son Fielding Javonne Thacher in 1878. Fielding died at the age of 36. Julia died in 1898 when she was 47 years old.[1]

Dr. Thacher’s parents were of Puritan lineage on his father‘s side and of Irish on his mother’s, and seems to have been a happy combination for the physical and mental stamina for their offspring, and to have been conducive to that love of freedom of thought and energy of purpose which characterize the life of their son. 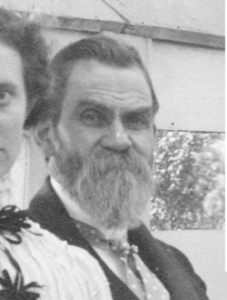 Very early in life he was brought face to face with the necessities of life, and made dependent uponhis own efforts by the death of his father. Braving the situation with the vigor of his nature, he manfully entered upon the struggle for the mastery. Having completed a course of medical training in Michigan University at Ann Arbor, he still further pursued his favorite line in the Homeopathic Hospital College of Cleveland, Ohio, from which he graduated in 1879. [2]

He moved to Chicago in 1880 and devoted much of his time to the study of electricity and magnetism.

Mrs. Lua Getsinger was a housekeeper in the home of Dr. Thacher. [3]