Mrs. Sara Kenny, then a member of the Los Angeles Assembly, describes Carole Lombard as she appeared that night. She looked very young, in a simple tailored suit; usually so vital, now she was subdued and reverent, "like a bride." Later that night Carole, her face streaming, said to Mrs. Lewis: "I have acted many parts, I have been in many plays, but this is the greatest act of my life, this is why I was born." 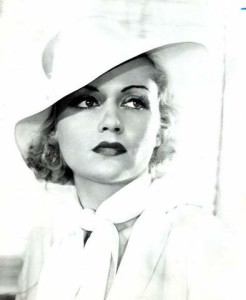 People who knew Carole Lombard will tell you of her amazing vitality. They cannot imagine her as not living. They say the films do not show her as she really was, that because of her coloring and vibrant quality she was more beautiful in real life.

The daughter of Frederick and Elizabeth Knight Peters, she was born Carol Jane Peters, in Fort Wayne, Indiana. At the age of seven she was brought by her mother to Los Angeles with her two older brothers, Frederick and Stuart. As a young girl she won medals in the Los Angeles schools for sprinting and jumping. She appeared in school plays, attended a drama school, obtained roles in the movies, in 1930 was placed under contract by Paramount, and by 1936 was a top ranking star. 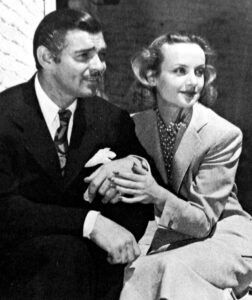 Miss Lombard was twice married; in 1933 she became the wife of William Powell, but their careers gave them little time together and a divorce resulted two years later; in 1939 she married Clark Gable.

Carole attended Mrs. Lewis’ classes held in Mrs. Peters’ home; at fourteen she wrote the Master of her love for Hollywood, her ambitions and longings, and she said, “If only He approves, I shall not fail.” His Tablet came, praying for her success. Mrs. Lewis writes, “Carole never failed to give credit to her Lord.”

Miss Lombard in later years wrote to the Guardian-the tone was that of a child writing to its father, Mrs. Lewis says and received his answer.

Mrs. Lewis taught many persons of the Cause in Miss Lombard’s home. On the threshold of what was to be her last journey, Carole Lombard had a long talk with her friend; she spoke of her desire to see the Faith spread, and discussed plans for a trip across the United States in its interest.

Carole Lombard’s acceptance of the Faith is recorded in the ApriI 1938 issue of the Los Angeles Bahá’í  newsletter. Mrs. Lewis states that both mother and daughter came into the Faith because of their great love for ‘Abdu’l-Bahá. After many visits with Carole, Mrs. Lewis told her: “The time has come for you to stand up on this earth openly and declare your Faith.” She answered, “Well, Beulah, I am ready if you will take me to the Center and stay with me.”

Mrs. Sara Kenny, then a member of the Los Angeles Assembly, describes Carole Lombard as she appeared that night. She looked very young, in a simple tailored suit; usually so vital, now she was subdued and reverent, “like a bride.” Later that night Carole, her face streaming, said to Mrs. Lewis:

“I have acted many parts, I have been in many plays, but this is the greatest act of my life, this is why I was born.”

Miss Lombard was famous for her democratic attitude, her lack of ostentation; at home she liked to wear simple clothes, and her three cars were all Fords. She was a good hostess; an eminent judge who met her socially describes her as an intelligent conversationalist, and well-read. She was popular for plain speaking and hatred of sham. Marked character traits were her sense of humor and her love of practical jokes. Most important were her continual acts of kindness. 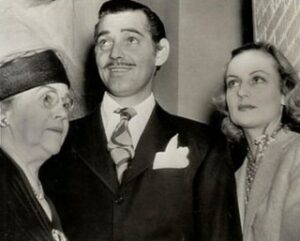 After the plane crash which took the lives of both Carole and her mother, a brother asked Mrs. Lewis to assist in selecting the memorial readings. The Los Angeles Assembly likewise appointed a committee to offer Baha’i participation on this occasion. In this way the words of Bahá’u’lláh beginning “I have made death even as glad-tidings . . .” and “0 Son of Man! Thou art My dominion and My dominion perisheth not . . .” were read as part of the memorial at Forest Lawn.

Carole Lombard died in the service of her country. For this, tributes were paid her editorially, both in the New York Times and the New York Herald-Tribune, and she was publicly commended by Secretary of the Treasury Henry Morgenthau, Jr. She had been on a bond-selling tour and was nearing exhaustion. At the State House, Indianapolis, in a few hours she had sold two million dollars worth of bonds. With Mrs. Peters and her press representative she boarded a plane for home. On the evening of January 16, 1942, miners in the Nevada mountains heard a terrific explosion; then they saw flames shoot from a peak, and vanish. Some fourteen hours later, rescuers had toiled up almost vertical slopes to the wrecked transport. They found the pine trees burned for yards around, and a wide pit melted in the snow. There were no survivors.

She was a second generation Bahá’í. Her mother had been brought into the Faith by Mrs. Orol Platt, and as a child Carole often served at Bahá’í gatherings held at Mrs. Platt’s Los Angeles home. Mrs. Platt remembers how happy Carole was when the Master’s Tablet came, saying that He would pray for her to be an actress, and a successful one.

Editor’s Note:
Her parents Elizabeth K. Peters and Frederick C. Peters separated in 1914. She had two older brothers and was the only daughter. Carole was 27 years old when her father died at the age of 59 in Ann Arbor, Michigan.

The following stars were present at her funeral: William Powell, Myrna Loy, Fred MacMurray, Dorothy Lamour, Spencer Tracy and Jack Benny. Eighteen years after Carole’s death, her husband Clark Gable was laid to rest next to her in November 1960.