He was a child of the eminent scholar, Shaykh-i-Mázgání; his noble father was one of the leading citizens of Qamsar, near Káshán, and for piety, holiness, and the fear of God he had no peer. 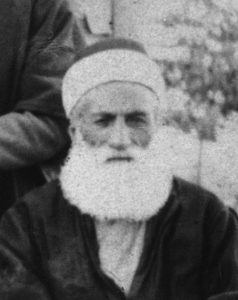 This chief of free souls, of wanderers for the love of God, was only an infant when, in Mázgán, he was suckled at the breast of grace. He was a child of the eminent scholar, Shaykh-i-Mázgání; his noble father was one of the leading citizens of Qamsar, near Káshán, and for piety, holiness, and the fear of God he had no peer. This father embodied all the qualities that are worthy of praise; moreover his ways were pleasing

, his disposition good, he was an excellent companion, and for all these things he was well known. When he threw off restraint and openly declared himself a believer, the faithless, whether friend or stranger, turned their backs on him and began to plot his death. But he continued to further the Cause, to alert the people’s hearts, and to welcome the newcomers as generously as ever. Thus in Káshán the fame of his strong faith reached as high as the Milky Way. Then the pitiless aggressors rose up, plundered his possessions and killed him.

‘Alí-Akbar, the son of him who had laid down his life in the pathway of God, could live in that place no longer. Had he remained, he too, like his father, would have been put to the sword. He passed some time in Iraq, and received the honor of being in the presence of Bahá’u’lláh. Then he went back to Persia, but again he longed to look upon Bahá’u’lláh, and with his wife he set out over the deserts and mountains, sometimes riding, sometimes on foot, measuring off the miles, passing from one shore to the other, reaching the Holy Place at last and in the shade of the Divine Lote-Tree finding safety and peace.

When the beauty of the Desired One had vanished from this world, ‘Alí-Akbar remained loyal to the Covenant and prospered under the grace of God. By disposition and because of the intense love in his heart, he yearned to write poetry, to fashion odes and ghazals, but he lacked both meter and rhyme:

I planned a poem, but my Beloved told me,
“Plan only this, that thine eyes should behold Me.” 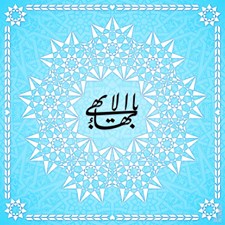 With rapturous longing, his heart desired the realms of his compassionate Lord; consumed by burning love, he left this world at last, and pitched his tent in the world above. May God send down upon his grave, from the Kingdom of His forgiveness, a heavy rain1 of blessings, bestow a great victory upon him, and grant him mercies, pressed down and running over, in the retreats of Heaven.