Norman’s parents had moved to South Africa immediately after WWII and he had entered Rhodes University in Grahamstown, South Africa, with the intention of becoming a Presbyterian minister. At that time, Rhodes had the finest pre-seminary training in Africa and was supported by all the Protestant denominations. But soon he was convinced to change his major to music. 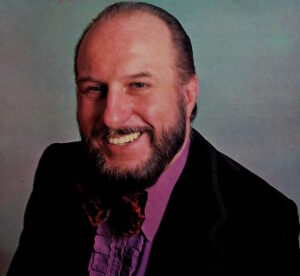 When William Kenneth and Roberta Christian arrived in Salisbury, Rhodesia (now Harare, Zimbabwe) in late December 1953, they believed they should not begin teaching until they were established and even then to be wary of teaching Europeans. As a result, when they left 6 months later, unable to find adequate employment, their best friends, Salvator “Sue” and Sylvia Benatar, did not realize they were Bahá’ís, let alone what they believed.

This policy had eased a little when Larry and Carol Hautz arrived in mid December 1954. Having been given the Benatars’ names as useful contacts, they nearly immediately told them why they were there. The Benatars were in turn intrigued; and, in mid April 1955, just in time to help form the first local Assembly, became the first enrolled “settlers” in Rhodesia.

Sylvia was at the beginning of her professional career as a pianist, becoming known for her 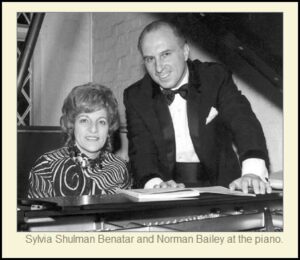 chamber work and as an accompanist. As a result, the Salisbury Music Club asked her to accompany a young bass from South Africa for its Christmas Concert of 1955. It was without high expectations that she agreed and so met Norman Bailey.   Only 22, he was already developing a reputation in southern Africa and was in town visiting relatives for Christmas. Sylvia was later to say, “Expecting to hear an average voice, I nearly fell off the piano stool when this enormously beautiful bass baritone voice came out from such a young man.”

Norman’s parents had moved to South Africa immediately after WWII and he had entered Rhodes University in Grahamstown, South Africa, with the intention of becoming a Presbyterian minister. At that time, Rhodes had the finest pre-seminary training in Africa and was supported by all the Protestant denominations. But soon he was convinced to change his major to music.

With his background, Sylvia asked him why he thought there were so many sects of Christianity. This began an extended discussion of the Faith. He was immediately interested, in part because of the racist attitudes in South Africa. He wrote later –

“Few members of the Christian community were prepared to accept racial integration, and even the clergy were divided as to if, or how hard, they should try to convince their church members to accept other races into their churches. In this respect, the Bahá’í Faith was leading the way for generations to come and to me, the Bahá’í Faith was like a breath of fresh air in a racially stifling atmosphere. “

Though they were only together for about three weeks, Sylvia and Norman had an instant rapport that became a personal and professional relationship. When he returned to college, she gave him the names of Rosemary and Emeric Sala, pioneers in Port Elizabeth from Canada. Rosemary wrote about their first encounter

“Emeric came in one evening and said to me, “I have just seen a beautiful young man to whom I longed to speak of the Faith – he should be a Bahá’í.” We were about to sit down to supper when the doorbell rang and there stood the beautiful young man! . . . . He asked me one question: to explain a verse in the Bible that puzzled him in relation to the Cause. I said a silent prayer for assistance – the answer came – and immediately Norman said, ‘Yes, that is it’ “

In a matter of months he became the first White enrollment in South Africa. 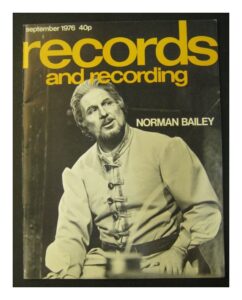 After Rhodes, he continued his vocal training in Austria and Germany, primarily at the Vienna Music Academy with such distinguished pedagogues as Julius Patzak, Adolf Vogel, and Joseph Witt. In 1959, he made his debut with the Vienna Chamber Opera in Rossini’s one-act La cambiale di matrimonio, singing the bass role of Tobias Mill. Over the next 8 years he developed a reputation as a Wagnerian singer in Germany, but his reputation was firmly established by his roles with the English National Opera under the baton of Reginald Goodall. In 1977 he was awarded the CBE (Commander of the Most Excellent Order of the British Empire) for his services to English opera.

Sylvia moved to London in the 70’s and they did a lot of performing for the Faith, supporting many communities in the British Isles. He is also remembered for being a gracious host at feasts and firesides.

While best remembered for his roles as Wotan in the Ring cycle and Hans Sachs in Die Meistersinger, he sang all the great bass baritone Wagner roles except Telramund in Lohrengrin, including three different Wotans. He also gave concerts and recitals of art songs in French as well as English and German. He sang in light opera, operetta and musical productions where the acting was more important than the singing. In a 1994 interview, he noted that each of these requires a different kind of singing and therefore specific preparation. Many years he performed not just at major venues but at minor regional ones.

He maintained a fairly heavy schedule into the mid 90’s. His wife, Kristine Ciesinski, also an opera singer and a non-Bahá’í, had established herself in the U.S. and he began performing more in the U.S., sometimes in joint performances with her. In the late 90s he slowed his pace, and they retired to Victor, Idaho. He gave his last professional performance in 2008 at the age of 75.

Since then he has suffered a mild stroke that makes singing difficult. An isolated Bahá’í, Victor has a population of less than 2,000, he maintains contacts with area Bahá’ís, has held firesides and public meetings, and is the Bahá’í Chaplain in the local hospital.

Editor’s Note:
Sincere appreciation for Mr. Bruce Duffie who presently lives in Chicago and who personally interviewed Norman Bailey. Mr. Duffie’s email to Baha’i Chronicles on October 6, 2016 said, “Thanks so much for your message, and I’m glad you found the interview with Norman Bailey.  I knew at the time we met that he was a Baha’i, and let him know I had loved the Temple in Wilmette all my life.”