He guided a number of souls, remaining true and loyal to the great Cause. He endured terrible persecution and torment, but did not falter. Then he found favor in the eyes of the King of Martyrs and became a trusted attendant of the Beloved of Martyrs, serving them for some years. 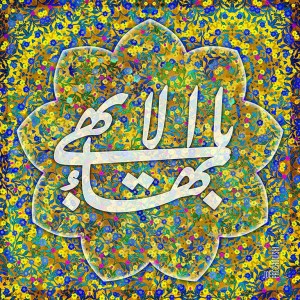 This man of dignity and rank, Áqá Muḥammad, was yet another among those who abandoned their homes, and was one of the earliest believers. From the dawn tide, he was widely known as a lover of the Most Great Light. He was then in Iṣfahán, and he shut his eyes to this world and the next as well, and opened them to the beauty of Him Who is the embodiment of all that is lovable.

Áqá Muḥammad could no longer find rest, for he had come alive through the musk-laden breathings of God; his heart was alight, he could inhale the holy fragrance, he had an eye to see, an ear to hear. He guided a number of souls, remaining true and loyal to the great Cause. He endured terrible persecution and torment, but did not falter. Then he found favor in the eyes of the King of Martyrs and became a trusted attendant of the Beloved of Martyrs, serving them for some years. He was confirmed in his work, so that on many occasions the King of Martyrs expressed satisfaction with him, saying, “This man is one of those souls who are at rest; he is indeed well-pleased with his Lord, and well-pleasing unto Him. His faith is unalloyed, he loves God, he has a good character, and leads a good life. He is also an agreeable companion, and an eloquent one.”

After the King of Martyrs was put to death, Áqá Muḥammad stayed on for a time in Iṣfahán, consumed with mourning for him. Finally he emigrated to the Most Great Prison, where he was received by Bahá’u’lláh, and won the high honor of sweeping the ground about the Threshold. He was patient, forbearing, a true friend and companion. Then the Supreme Affliction came upon us, and Áqá Muḥammad was in such anguish that he was unable to rest for a moment. At every dawn he would rise and would sweep the ground about the house of Bahá’u’lláh, his tears pouring down like rain, chanting prayers as he worked.

What a holy being he was, how great a man! He could not bear the separation very long, but died, and hastened onward to the world of lights, to the assemblage where the beauty of God is unveiled. May God shed upon his grave rays from the realm of forgiveness, and lull his spirit in the heart of Paradise. May God exalt his station in the gardens above. His bright tomb is in ‘Akká.