Later, following a journey to distant countries, he went to the Holy Land, and there in utter submission and lowliness bowed his head before the Sacred Threshold and was honored with entering the presence of Bahá’u’lláh, where he drank in endless bounties from cupped hands. 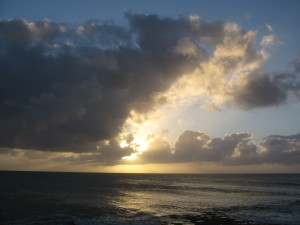 Hájí Muhammad-Ridá came from Shíráz. He was a man spiritually minded, lowly, contrite, the embodiment of serenity and faith. When the call of God was lifted up, that needy soul hurried into the shelter of heavenly grace. As soon as he heard the summons, “Am I not your Lord?” he cried out: “Yea, verily!” and became as a lamp to the people’s feet.

For a long time he served the Afnán, Hájí Mírzá Muhammad-‘Alí, and was his loyal and close companion, trusted in all things. Later, following a journey to distant countries, he went to the Holy Land, and there in utter submission and lowliness bowed his head before the Sacred Threshold and was honored with entering the presence of Bahá’u’lláh, where he drank in endless bounties from cupped hands. For quite a time he remained there, attending upon Bahá’u’lláh almost every day, encompassed by holy favor and grace. He was outstanding as to character, and lived after the commandments of God: tranquil and long-suffering, in his surrender to God’s will he was selflessness itself. He had no personal aims whatever, no feeling of attachment to this fleeting world. His one desire was to please his Lord, his one hope, to walk the holy path.

He went on, then, to Beirut, serving the honored Afnán in that city. He spent a long time in this wise, returning again and again to enter the presence of Bahá’u’lláh and gaze upon that Most Great Beauty. Later, in Sidon, he fell ill. Unable to make the journey to ‘Akká, in perfect acquiescence and contentment he ascended to the Abhá Kingdom, and was plunged in the ocean of lights. By the Supreme Pen, endless bounty was bestowed upon his memory. He was indeed one of the loyal, the steadfast, a solid pillar of servitude to Bahá’u’lláh. Many and many a time, from the lips of the Blessed Beauty, we heard his praise.

Unto him be greetings and praise, and the glory of the All-Glorious. Upon him be compassion and most great mercy from the Lord of the High Heavens. His shining grave is in Sidon, near the place called the Station of John the Holy.