Mírzá Ja‘far was patient and long-suffering, a faithful attendant at the Holy Threshold. He was a servant to all the friends, working day and night. A quiet man, sparing of speech, in all things relying entirely upon God. 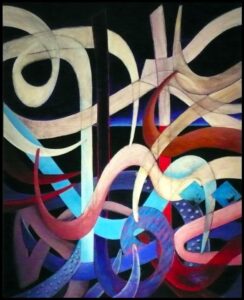 This knight of the battlefield was one of the most learned of seekers after truth, well versed in many branches of knowledge. For a long time he was in the schools, specializing in the fundamentals of religion and religious jurisprudence, and making researches into philosophy and metaphysics, logic and history, the contemplative and the narrated sciences. He began, however, to note that his fellows were arrogant and self-satisfied, and this repelled him. It was then that he heard the cry out of the Supreme Concourse, and without a moment’s hesitation he raised up his voice and shouted, “Yea, verily!”; and he repeated the words, “O our Lord! We have heard the voice of one that called. He called us to the Faith—‘Believe ye on your Lord’—and we have believed.”

When he saw the great tumult and the riots in Yazd, he left his homeland and went to Najaf, the noble city; here for safety’s sake he mingled with the scholars of religion, becoming renowned among them for his own wide knowledge. Then, listening to the voice from Baghdad, he hastened there, and changed his mode of dress. That is, he put a layman’s hat on his head, and went to work as a carpenter to earn his living. He traveled once to Tihrán, returned, and sheltered by the grace of Bahá’u’lláh was patient and content, rejoicing in his garb of poverty. In spite of his great learning he was humble, self-effacing, lowly. He kept silent at all times, and was a good companion to every sort of man.

On the journey from Iraq to Constantinople, Mírzá Ja‘far was one of Bahá’u’lláh’s retinue, and in seeing to the needs of the friends, he was a partner to this servant. When we would come to a stopping-place the believers, exhausted by the long hours of travel, would rest or sleep. Mírzá Ja‘far and I would go here and there to the surrounding villages to find oats, straw and other provisions for the caravan.  Since there was a famine in that area, it sometimes happened that we would be roaming from village to village from after the noon hour until half the night was gone. As best we could, we would procure whatever was available, then return to the convoy.

Mírzá Ja‘far was patient and long-suffering, a faithful attendant at the Holy Threshold. He was a servant to all the friends, working day and night. A quiet man, sparing of speech, in all things relying entirely upon God. He continued to serve in Adrianople until the banishment to ‘Akká was brought about and he too was made a prisoner. He was grateful for this, continually offering thanks, and saying, “Praise be to God! I am in the fully-laden Ark!”

The Prison was a garden of roses to him, and his narrow cell a wide and fragrant place. At the time when we were in the barracks he fell dangerously ill and was confined to his bed. He suffered many complications, until finally the doctor gave him up and would visit him no more. Then the sick man breathed his last. Mírzá Áqá Ján ran to Bahá’u’lláh, with word of the death. Not only had the patient ceased to breathe, but his body was already going limp. His family were gathered about him, mourning him, shedding bitter tears. The Blessed Beauty said, “Go; chant the prayer of Yá Sháfí—O Thou, the Healer—and Mírzá Ja‘far will come alive. Very rapidly, he will be as well as ever.” I reached his bedside. His body was cold and all the signs of death were present. Slowly, he began to stir; soon he could move his limbs, and before an hour had passed he lifted his head, sat up, and proceeded to laugh and tell jokes.

He lived for a long time after that, occupied as ever with serving the friends. This giving service was a point of pride with him: to all, he was a servant. He was always modest and humble, calling God to mind, and to the highest degree full of hope and faith. Finally, while in the Most Great Prison, he abandoned this earthly life and winged his way to the life beyond.

Greetings and praise be unto him; upon him be the glory of the All-Glorious, and the favoring glances of the Lord. His luminous grave is in ‘Akká.