The move home was a change of worlds from luxury and convenience to sacrifice and dedication. The first few years were very very difficult, they had to carry water, chop wood ... there was an outhouse, which they called the outdoor convenience! 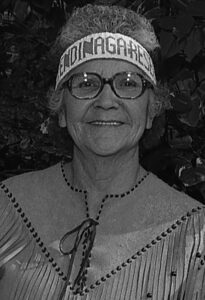 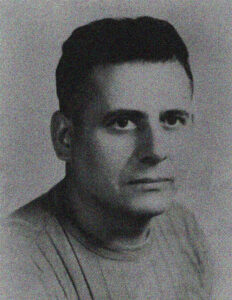 In 1978 I had the honor and pleasure of receiving an elderly lady from Ojibwa tribe, Canada’s First Nation in my home in London, UK. Her name was Melba Loft. She and few of her friends were in London to attend a European Conference of Indigenous people. A brief interview with her for a London newspaper was the only time I had to get acquainted with this remarkable lady. No further contact was made until I started doing research on the documentary film about Abdu’l-Baha’s trip to Montreal.

Melba who accepted the Faith on July 18, 1947, was the first Canadian of Aboriginal descent to join the Bahá’í community in Canada, followed soon after by Jim, her husband who declared on April 7, 1948. It was in the afternoon of September 9, 1912, that Jim, a little boy of four years old, while sitting on a fence just outside the town of Oshawa, Ontario, alongside the railroad tracks, watched a train hurtle by. At about 3:30 p.m., he saw through one of its windows something that so overwhelmed him that he fell backwards off the fence and onto the grass below. He described what he saw as “a man wearing a long flowing white robe waving from the train.” Later in life he would explain that this was his earliest surviving memory. “Now I know who that old man was,” he said. “It was ‘Abdu’l-Bahá when he was in this country.” It had taken Jim Loft decades to make the connection. On October 23, 1931, Jim married Melba Whetung, who was raised on the Curve Lake Ojibwa First Nation. Like Jim, she had a keen interest in spiritual topics. It was Melba’s friend Emma who first spoke to her about Bahá’u’lláh and ‘Abdu’l-Bahá.Jim Loft’s ancestral home was the Tyendinaga Mohawk Territory but he grew up in Oshawa, Ontario. He was greatly affected by the prejudice he encountered growing up an aboriginal in rural Canada. Though submerged in a society that had little regard for him, Jim believed from childhood that racial equality was a just principle, and he later noted that he felt a strong pull to spiritual matters. During his difficult teen years, he would often ask God’s help to inspire him to help alleviate the poverty, oppression and alcoholism that plagued his people. 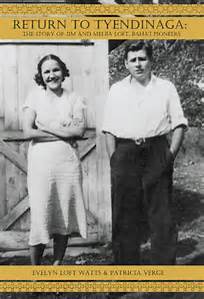 In 1949, Jim and Melba settled on the Tyendinaga Reserve and dedicated themselves to serving and supporting the First Nations community. For Jim, the memory of the man in a flowing white robe waving to him from the train inspired him to his final day.

Jim and Melba’s marriage was blessed with children. Their two sons were James Gordon Loft, known as Sam, born on January 19, 1933 and Arthur Edwin Loft born on November 8th, 1934. Their third child Evelyn Irene Loft was born on June 11, 1938.

It was Jim’s idea to return to Tyendinaga and teach the Faith. On September 2, 1948 Jim wrote Shoghi Effendi introducing himself and asking if he should return to Canada. They were living then in Marysville, Michigan. On October 2, 1948, Jim received an answer written by Shoghi Effendi’s wife, Amatu’l-Bahá Rúhíyyih Khánum, in which she stated that Shoghi Effendi would “greatly welcome your returning to your own tribe”. The letter had an addendum in the handwriting of Shoghi Effendi in which he stated:

Your most welcome letter rejoiced my heart and I hasten to assure you of a most hearty welcome into the Bahá’í fold … May the Beloved bless, protect and sustain you always and aid you to realize your heart’s desire. Your true brother, Shoghi.

The move home was a change of worlds from luxury and convenience to sacrifice and dedication.  The first few years were very very difficult, they had to carry water, chop wood … there was an outhouse, which they called the outdoor convenience! For the remainder of their lives, Jim and Melba would continue to live at Tyendinaga and touch the lives of many with the teachings of the Faith and the disciplined conduct of their lives.

Jim and Melba were very active in the Bahá’í community in Ontario. They attended regional conferences as well as National Conventions. However, while enduring extreme poverty during this time, they relied upon their faith and reached out for advice again to Shoghi Effendi. His response was for them to seek the guidance of the National Spiritual Assembly and that they would hopefully find work to sustain the family that would allow them to stay in their community.

In 1951, the family was forced to move to Windsor, Ontario and find work, but after a few months the plant where Jim was working was closed and they moved back to Tyendinaga. Jim and Melba carried a hope for a Local Spiritual Assembly in the Tyendinaga community but Jim did not live to see it achieved. The first Local Spiritual Assembly of the Bahá’ís of Tyendinaga was formed in 1979 after Jim had passed but Melba did live to see their hopes come to fruition.

A few days after the formation of the assembly, a celebration was held at the Mohawk Community Center to honor the efforts of Jim and Melba. It was attended by Marguerite Sears and Jamie Bond who were guest speakers as well as members of the Mohawk communities of Tyendinaga, Six Nations, Kahnawake, Akwesasne.

In 1971, Jim and Melba celebrated their fortieth wedding anniversary. Two years later Jim died of a heart attack at the age of 65. It was Jim who brought the renewal of the Peacemaker’s teachings through Baha’u’llah to the birthplace of the Peacemaker, the community of Tyendinaga; this was an act of honor and sacrifice that only Jim could have accomplished.

In 1976, Melba went on Pilgrimage to the Bahá’í World Centre in Haifa, Israel. She stated that this trip was one of the highlights of her life and she felt the entire area was afire with spirit. One of the highlights of her trip was the mansion at Bahji where Baha’u’llah lived during the last years of his life and in which she spied a picture of the first Native American Local Spiritual Assembly in the United States that had been formed in 1948 on the Omaha Indian Reservation

near Macy, Nebraska. The picture had been placed there by Shoghi Effendi in the doorway to his room. Melba thought

“it was so wonderful that Shoghi Effendi had placed a picture there” of the first nine Native American men and women who arose during a time of darkness to embrace light.

The beautiful focus of her mind led Melba to many accomplishments. Melba’s travels and teaching were not limited to North America. She also travelled in the summer of 1978 to Europe with a Bahá’í teaching team. She was honored in many ways, one of which was the use of her Indian or spiritual name for the Gathering room in the Yukon Bahá’í Center. Her spiritual name was Kinaaj-Kwe which can be interpreted as good, kind and gracious lady.

On November 22, 1985 at 5:45 in the morning, Melba’s spirit took flight after a long illness. At her funeral, Chief Earl Hill, the Chief of the Tyendinaga First Nation, was a pall bearer.

In 1986, a Native Council was held in Iqaluit, Nunavut. A special ceremony honored Melba’s memory and life. Amatu’l-Bahá Ruhiyyih Khanum attended and stated that she found the ceremony the most moving part of the occasion, which unified everyone present. At the gathering she urged Aboriginal people to stay in touch with culture and tradition as a foundation for faith as Melba had done.

Melba was buried next to Jim. The inscription on their grave stone reads: “Bahá’í Pioneers, Alfred “Jim” Loft 1908-1973, Melba Whetung Loft 1912-1985, The Guardian’s obedient servants.” Jeannie Seddon, a friend of the Lofts, wrote of Jim: “He is a Canadian hero whose life will be an inspiration to future generations as it has been to his family”.