When he heard of a new Faith dawning, and awoke to the tidings that on Persia’s horizons the Sun of Truth had risen, he was filled with holy ecstasy, and he longed and loved. 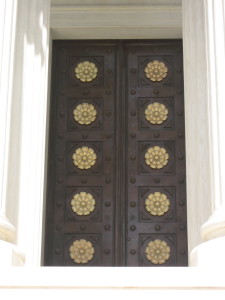 Yet another of the emigrants and settlers was the valiant Jamshíd-i-Gurjí, who came from Georgia, but grew up in the city of Káshán. He was a fine youth, faithful, trustworthy, with a high sense of honor. When he heard of a new Faith dawning, and awoke to the tidings that on Persia’s horizons the Sun of Truth had risen, he was filled with holy ecstasy, and he longed and loved. The new fire burned away those veils of uncertainty and doubt that had closed him round; the light of Truth shed down its rays, the lamp of guidance burned before him.

He remained in Persia for a time, then left for Rumelia, which was Ottoman territory, and in the Land of Mystery, Adrianople, won the honor of entering the presence of Bahá’u’lláh; it was there that his meeting took place. His joy and fervor were boundless. Later, at Bahá’u’lláh’s command he made a journey to Constantinople, with Áqá Muhammad-Báqir and Áqá ‘Abdu’l-Ghaffár. In that city, the tyrannous imprisoned him and put him in chains.

The Persian ambassador informed against Jamshíd and Ustád Muhammad-‘Alí-i-Dallák as enemy leaders and fighters. Jamshíd he described as a latter-day Rustam while Muhammad-‘Alí, according to the envoy, was a ravening lion. These two respected men were first imprisoned and caged; then they were sent out of Turkish territory, under guard to the Persian frontier. They were to be delivered over to the Persian Government and crucified, and the guards were threatened with terrible punishments should they once relax their vigilance and let the prisoners escape. For this reason, at every stopping place the victims were kept in some almost inaccessible spot. Once they were thrown into a pit, a kind of well, and suffered agonies all through the night. The next morning Jamshíd cried out: “O you who oppress us! Are we Joseph the Prophet that you have thrown us in this well? Remember how He rose out of the well as high as the full moon? We too walk the pathway of God, we too are down here for His sake, and we know that these depths are the heights of the Lord.”

Once arrived at the Persian frontier, Jamshíd and Muhammad-‘Alí were handed over to Kurdish chiefs to be sent on to Tihrán. The Kurdish chiefs could see that the prisoners were innocent men, kindly and well-disposed, who had fallen a prey to their enemies. Instead of dispatching them to the capital, they set them free. Joyfully, the two hastened away on foot, went back to Bahá’u’lláh and found a home close by Him in the Most Great Prison.

Jamshíd spent some time in utter bliss, receiving the grace and favor of Bahá’u’lláh and ever and again being admitted to His presence. He was tranquil and at peace. The believers were well-pleased with him, and he was well-pleased with God. It was in this condition that he hearkened to the celestial bidding: “O thou soul who art well-assured, return unto thy Lord, well-pleased with Him, and well-pleasing unto Him.”  And to God’s cry: “Return!” he replied, “Yea, verily!” He rose out of the Most Great Prison to the highest Heaven; he soared away to a pure and gleaming Kingdom, out of this world of dust. May God succor him in the celestial company, bring him into the Paradise of Splendors, and safe in the Divine gardens, make him to live forevermore.

Salutations be unto him, and praise. His grave, sweet as musk, is in ‘Akká.