When young, he joined the circle of the late Siyyid Kázim and became one of his disciples. He was known in Persia for his purity of life, winning fame as Mullá Ṣádiq the saintly. 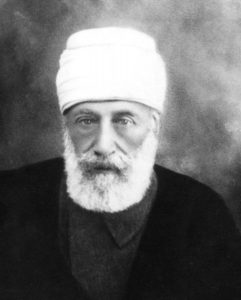 Among the Hands of the Cause of God who have departed this life and ascended to the Supreme Horizon was Jináb-i-Ismu’lláhu’l-Asdaq. Another was Jináb-i-Nabíl-i-Akbar. Still others were Jináb-i-Mullá ‘Alí-Akbar and Jináb-i-Shaykh Muḥammad-Riḍáy-i-Yazdí. Again, among others, was the revered martyr, Áqá Mírzá Varqá.

Ismu’lláhu’l-Asdaq was truly a servant of the Lord from the beginning of life until his last breath. When young, he joined the circle of the late Siyyid Kázim and became one of his disciples. He was known in Persia for his purity of life, winning fame as Mullá Ṣádiq the saintly. He was a blessed individual, a man accomplished, learned, and much honored. The people of Khurásán were strongly attached to him, for he was a great scholar and among the most renowned of matchless and unique divines. As a teacher of the Faith, he spoke with such eloquence, such extraordinary power, that his hearers were won over with great ease.

After he had come to Baghdád and attained the presence of Bahá’u’lláh, he was seated one day in the courtyard of the men’s apartments, by the little garden. I was in one of the rooms just above, that gave onto the courtyard. At that moment a Persian prince, a grandson of Fatḥ-‘Alí Sháh, arrived at the house. The prince said to him, “Who are you?” Ismu’lláh answered, “I am a servant of this Threshhold. I am one of the keepers of this door.” And as I listened from above, he began to teach the Faith. The prince at first objected violently; and yet, in a quarter of an hour, gently and benignly, Jináb-i-Ismu’lláh had quieted him down. After the prince had so sharply denied what was said, and his face had so clearly reflected his fury, now his wrath was changed to smiles and he expressed the greatest satisfaction at having encountered Ismu’lláh and heard what he had to say.

He always taught cheerfully and with gaiety, and would respond gently and with good humor, no matter how much passionate anger might be turned against him by the one with whom he spoke. His way of teaching was excellent. He was truly Ismu’lláh, the Name of God, not for his fame but because he was a chosen soul.

Ismu’lláh had memorized a great number of Islámic traditions and had mastered the teachings of Shaykh Aḥmad and Siyyid Kázim. He became a believer in Shíráz, in the early days of the Faith, and was soon widely known as such. And because he began to teach openly and boldly, they hung a halter on him and led him about the streets and bázaárs of the city. Even in that condition, composed and smiling, he kept on speaking to the people. He did not yield; he was not silenced. When they freed him he left Shíráz and went to Khurásán, and there, too, began to spread the Faith, following which he traveled on, in the company of Bábu’l-Báb, to Fort Tabarsí. Here he endured intense sufferings as a member of that band of sacrificial victims. They took him prisoner at the Fort and delivered him over to the chiefs of Mázindarán, to lead him about and finally kill him in a certain district of that province. When, bound with chains, Ismu’lláh was brought to the appointed place, God put it into one man’s heart to free him from prison in the middle of the night and guide him to a place where he was safe. Throughout all these agonizing trials he remained staunch in his faith. 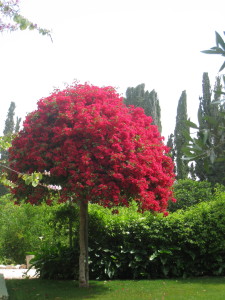 Think, for example, how the enemy had completely hemmed in the Fort, and were endlessly pouring in cannon balls from their siege guns. The believers, among them Ismu’lláh, went eighteen days without food. They lived on the leather of their shoes. This too was soon consumed, and they had nothing left but water. They drank a mouthful every morning, and lay famished and exhausted in their Fort. When attacked, however, they would instantly spring to their feet, and manifest in the face of the enemy a magnificent courage and astonishing resistance, and drive the army back from their walls. The hunger lasted eighteen days. It was a terrible ordeal. To begin with, they were far from home, surrounded and cut off by the foe; again, they were starving; and then there were the army’s sudden onslaughts and the bombshells raining down and bursting in the heart of the Fort. Under such circumstances to maintain an unwavering faith and patience is extremely difficult, and to endure such dire afflictions – a rare phenomenon.

Ismu’lláh did not slacken under fire. Once freed, he taught more widely than ever. He spent every waking breath in calling the people to the Kingdom of God. In ‘Iráq, he attained the presence of Bahá’u’lláh, and again in the Most Great Prison, receiving from Him grace and favor.

He was like a surging sea, a falcon that soared high. His visage shone, his tongue was eloquent, his strength and steadfastness astounding. When he opened his lips to teach, the proofs would stream out; when he chanted or prayed, his eyes shed tears like a spring cloud. His face was luminous, his life spiritual, his knowledge both acquired and innate; and celestial was his ardor, his detachment from the world, his righteousness, his piety and fear of God.

Ismu’lláh’s tomb is in Hamadán. Many a Tablet was revealed for him by the Supreme Pen of Bahá’u’lláh, including a special Visitation Tablet after his passing. He was a great personage, perfect in all things.

Such blessed beings have now left this world. Thank God, they did not linger on, to witness the agonies that followed the ascension of Bahá’u’lláh—the intense afflictions; for firmly rooted mountains will shake and tremble at these, and the high-towering hills bow down.

He was truly Ismu’lláh, the Name of God. Fortunate is the one who circumambulates that tomb, who blesses himself with the dust of that grave. Upon him be salutations and praise in the Abhá Realm.

Editor’s Note:
Ismu’lláhu’l-Asdaq was persecuted with Quddus in Shiraz.