Hugh Carswell Adamson moved to Canada where he obtained a few masters degrees, one in business administration and the other in history and philosophy of comparative religion. His thesis titled ‘The Concept of Revelation as Found In Islam and The Baha’I Faith’ was written in August 1974. 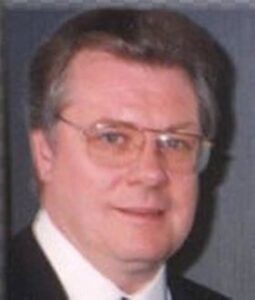 Hugh Carswell Adamson moved to Canada when he was a teenager and received his education in Canada where he obtained a few masters degrees, one in business administration and the other in history and philosophy of comparative religion. His thesis titled ‘The Concept of Revelation as Found In Islam and The Bahá’í Faith’ was written in August 1974. [1]

His career included having senior executive posts in Canada, the United States and the United Kingdom. He served as secretary-general of the National Spiritual Assembly of the Bahá’ís of the United Kingdom from 1997 to 1998. He served as chair of the World Congress of Faiths; a patron of the World Conference of Religions for Peace (UK); a council member, the Wyndham Place Trust; an Executive Committee member, the InterFaith Network; and honorable vice president of the United Nations Association (UK).

He was also a trustee of the International Interfaith Centre and a trustee and honorary secretary of the Bahá’í Agency for Social and Economic Development (UK). He is a fellow of the Institute of Directors, a fellow of the British Institute of Management, and a fellow of the Royal Society for the Encouragement of Arts, Manufactures & Commerce. Past memberships included the Royal Institute for International Affairs, the Refugee Council, the United Nations Environmental and Development Committee (UK), and the Association of Chief Executives of National Voluntary Organizations. He was also chair of the Institute for the Healing of Racism (UK). Currently, in addition to a number of business pursuits, he serves as an adjunct professor in the business faculties of South University and Brewton Parker College. [2]