He received a PhD in philosophy from Harvard in 1918, was the first black Rhodes Scholar and played a major role in the flowering of the Harlem Renaissance, he became a Baha'i in that same year. 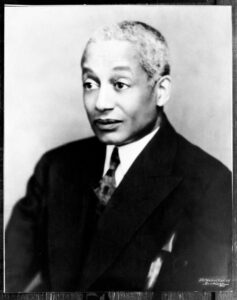 Alain Leroy Locke was born to Pliny Locke and Mary Hawkins. His father received a law degree and his mother was a teacher. He was the only child and when he was six years old his father died. At a very young age he had rheumatic fever so he spent his early childhood reading and playing the piano and violin. 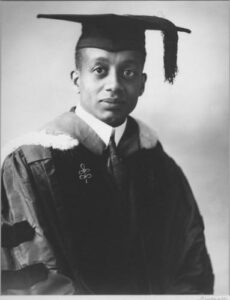 He received a PhD in philosophy from Harvard in 1918, was the first black Rhodes Scholar and played a major role in the flowering of the Harlem Renaissance, which started in the 1920s and produced the likes of Langston Hughes, Zora Neale Hurston and Louis Armstrong. In publishing The New Negro, an anthology of writings by African American authors, he gained national prominence as a spokesman for African-Americans.

As a humanist and philosopher, Dr. Locke promoted what he called “cultural pluralism,” which contends that cultural groups can maintain their own identity and still be part of a broader culture. Some of his writings, including three essays published for the first time in their entirety, can be found in the 2005 Vol 36. #3 edition of World Order magazine. After becoming a Baha’i in his early 30s, Dr. Locke focused on the Baha’i principle of oneness and wrote: “The intellectual core of the problems of the peace … will be the discovery of the necessary common denominators . . .involved in a democratic world order or democracy on a world scale.” [1]

Dr. Locke traveled and spoke at Conventions throughout the U.S. and was appointed by the National Spiritual Assembly to the Interracial Amity Committee in 1924. He served on several “race amity” committees.

On March 19, 1968, the Rev. Dr. Martin Luther King, Jr. proclaimed: “We’re going to let our children know that the only philosophers that lived were not Plato and Aristotle, but W. E. B. Du Bois and Alain Locke came through the universe.” [2] 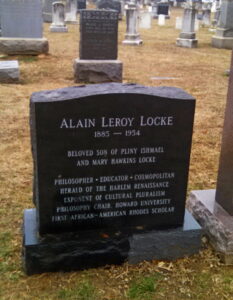