He enjoyed the distinction of serving as gardener for many years, and he was at all times loyal, true, and strong in faith. 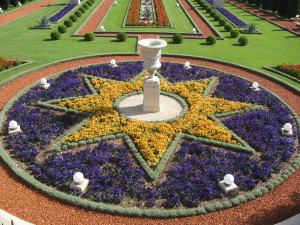 Among those who emigrated and were companions in the Most Great Prison was Áqá ‘Abdu’s-Ṣáliḥ. This excellent soul, a child of early believers, came from Iṣfahán. His noble-hearted father died, and this child grew up an orphan. There was none to rear or care for him and he was the prey of anyone who chose to do him harm. At last he became an adolescent, and older now, sought out his Well-Beloved. He emigrated to the Most Great Prison and here, at ‘the Riḍván’, achieved the honor of being appointed gardener. At this task he was second to none. In his faith, too, he was staunch, loyal, worthy of trust; as to his character, he was an embodiment of the sacred verse, “Of a noble nature art thou.” That is how he won the distinction of being the gardener at ‘the Riḍván’, and of thus receiving the greatest bounty of all: almost daily, he entered the presence of Bahá’u’lláh.

For the Most Great Name was held prisoner and confined for nine years in the fortress-town of ‘Akká; and at all times, both in the barracks and afterward, from without the house, the police and farráshes had Him under constant guard. The Blessed Beauty lived in a very small house and He never set foot outside that narrow lodging, because His oppressors kept continual watch at the door. When, however, nine years had elapsed, the fixed and predetermined length of days was over; and at that time, against the rancorous will of the tyrant, ‘Abdu’l-Ḥamíd, and all his minions, Bahá’u’lláh proceeded out of the fortress with authority and might, and in a kingly mansion beyond the city, and made it His home.

Although the policy of Sulṭán ‘Abdu’l-Ḥamíd was harsher than ever; and he constantly insisted on his Captive’s strict confinement—still, the Blessed Beauty now lived, as everyone knows, with all power and glory. Bahá’u’lláh would spend some time at the Mansion, and again, at the farm village of Mazra’ih; for a while He would sojourn in Haifa, and occasionally His tent would be pitched on the heights of Mount Carmel. Friends from everywhere presented themselves and gained an audience. The people and the government authorities witnessed it all, yet no one so much as breathed a word. And this is one of Bahá’u’lláh’s greatest miracles: that He, a captive, surrounded Himself with panoply and He wielded power. 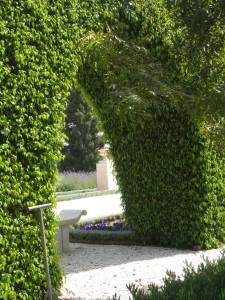 The prison changed into a palace, the jail itself became a Garden of Eden. Such a thing has not occurred in history before; no former age has seen its like: that a man confined to a prison should move about with authority and might; that one in chains should carry the fame of the Cause of God to the high heavens, should win splendid victories in both East and West, and should, by His almighty pen, subdue the world. Such is the distinguishing feature of this supreme Theophany.

One day the government leaders, pillars of the country, the city’s ‘ulamás, leading mystics and intellectuals came out to the Mansion. The Blessed Beauty paid them no attention whatever. They were not admitted to His presence, nor did He inquire after any of them. I sat down with them and kept them company for some hours, after which they returned whence they had come. Although the royal farmán specifically decreed that Bahá’u’lláh was to be held in solitary confinement within the ‘Akká fortress, in a cell, under perpetual guard; that He was never to set foot outside; that He was never even to see any of the believers—notwithstanding such a farmán, such a drastic order, His tent was raised in majesty on the heights of Mount Carmel. What greater display of power could there be than this, that from the very prison, the banner of the Lord was raised aloft, and rippled out for all the world to see! Praised be the Possessor of such majesty and might; praised be He, weaponed with the power and the glory; praised be He, Who defeated His foes when He lay captive in the ‘Akká prison!

To resume: ‘Abdu’s-Ṣáliḥ lived under a fortunate star, for he regularly came into the presence of Bahá’u’lláh. He enjoyed the distinction of serving as gardener for many years, and he was at all times loyal, true, and strong in faith. He was humble in the presence of every one of the believers; in all that time he never hurt nor offended any one. And at the last he left his garden and hastened to the encompassing mercy of God.

The Ancient Beauty was well pleased with ‘Abdu’s-Ṣáliḥ, and after his ascension revealed a Visitation Tablet in his honor, also delivering an address concerning him, which was taken down and published together with other Scriptures. Upon him be the glory of the All-Glorious! Upon him be God’s gentleness and favor in the Exalted Realm.