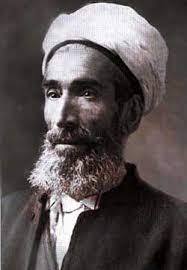 Mirza Abu’l-Fadl Gulpaygani was born in central Iran. His given name was Muhammad. His father was a prominent religious Muslim leader in the town. After his fathers death in 1871 he attended religious colleges and pursued his interests in philosophy and mystical philosophy. He learned from Buddhist scholars, European instructors and within a short time he became the head of the religious college (Madrasih Hakim Hashim).

In 1876 he had several encounters with Baha’is. Upon meeting several Baha’is over the course of several months, he read two of Bahá’u’lláh‘s (founder of the Baha’i faith) tablets: the Suriy-i-Ra’is and Lawh-i-Fu’ad. These tablets prophesized the fall of the Ottoman vazir and of the loss of Edirne to the the Sultan.

After these events occur and on September 20, 1876 Mirza Abu’l-Fadl became a Baha’i. 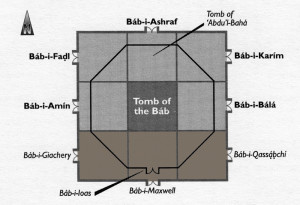 Mirza Abu’l-Fadl was imprisioned on three different times. When he was last released from prison Bahá’u’lláh sent him several letters asking him to travel and teach the Baha’i faith.  He chose for himself the epithet Abu’l-Fadl (which means progenitor of virtue). He helped spread the Bahá’í Faith in Egypt, Turkmenistan, and the United States. Laura Clifford Barney went to Egypt in 1901 so as to bring Mirza Abu’l-Fadl with her to Paris.

From Paris he went to America and in 1903 went to Green Acre where he lectured and later became a Baha’i institution. His lectures at Green Acre brought in professors of philosophy from Harvard and Columbia with artists and men and women of affluence and influence. His knowledge, his intellect, the range of his awareness and his approach both amazed and enlightened the audience. 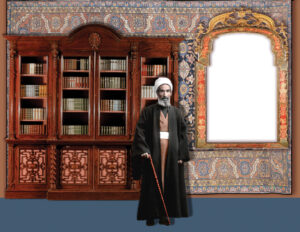 ‘Abdu’l-Bahá (son of Baha’u’llah) asked him to return to the Middle East which he did. In 1913 he became ill and died in Cairo. ‘Abdu’l-Bahá named one of the exterior doors to the Shrine of Bab after Mirza Abu’l-Fadl.

He was one of the few Apostles of Bahá’u’lláh who never actually met Bahá’u’lláh.

Source:
Smith, Peter. A Concise Encyclopedia of the Bahá’í Faith.Hands of the Cause residing in the Holy Land. The Bahá’í Faith 1844-1963 Information and Comparative.