After the ascension of Bahá’u’lláh, the Afnán, loyal and staunch in the Covenant, rendered even more services than he had before; this in spite of many obstacles, and an overwhelming load of work, and an infinite variety of matters all claiming his attention. 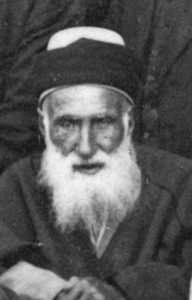 Among those souls that are righteous, that are luminous entities and Divine reflections, was Jináb-i-Muhammad-Taqí, the Afnán.  His title was Vakílu’d-Dawlih. This eminent Bough was an offshoot of the Holy Tree; in him an excellent character was allied to a noble lineage. His kinship was a true kinship. He was among those souls who, after one reading of the Book of Íqán, became believers, bewitched by the sweet savors of God, rejoicing at the recital of His verses. His agitation was such that he cried out, “Lord, Lord, here am I!” Joyously, he left Persia and hurried away to Iraq. Because he was filled with longing love, he sped over the mountains and across the desert wastes, not pausing to rest until he came to Baghdad.

He entered the presence of Bahá’u’lláh, and achieved acceptance in His sight. What holy ecstasy he had, what fervor, what detachment from the world! It was beyond description. His blessed face was so comely, so luminous that the friends in Iraq gave him a name: they called him “the Afnán of all delights.” He was truly a blessed soul, a man worthy to be revered. He never failed in his duty, from the beginning of life till his last breath. As his days began, he became enamored of the sweet savors of God, and as they closed, he rendered a supreme service to the Cause of God. His life was righteous, his speech agreeable, his deeds worthy. Never did he fail in servitude, in devotion, and he would set about a major undertaking with alacrity and joy. His life, his behavior, what he did, what he left undone, his dealings with others—were all a way of teaching the Faith, and served as an example, an admonishment to the rest.

After he had achieved the honor, in Baghdad, of meeting Bahá’u’lláh, he returned to Persia, where he proceeded to teach the Faith with an eloquent tongue. And this is how to teach: with an eloquent tongue, a ready pen, a goodly character, pleasing words, and righteous ways and deeds. Even enemies bore witness to his high-mindedness and his spiritual qualities, and they would say: “There is none to compare with this man for his words and acts, his righteousness, trustworthiness, and strong faith; in all things he is unique; what a pity that he is a Bahá’í!” That is: “What a pity that he is not as we are, perverse, uncaring, committing sins, engrossed in sensuality, the creatures of our passions!” Gracious God! They saw with their own eyes that the moment he learned of the Faith he was transformed, he was severed from the world, he began to emit rays from the Sun of Truth; and still, they failed to profit by the example he set.

During his days in Yazd he was, outwardly, engaged in commercial pursuits, but actually teaching the Faith. His only aim was to exalt the Word of God, his only wish, to spread the Divine sweet savors, his only thought, to come nearer and ever nearer to the mansions of the Lord. There was no remembrance on his lips but the verses of God. He was an embodiment of the good pleasure of Bahá’u’lláh, a dawning-point of the grace of the Greatest Name. Many and many a time, Bahá’u’lláh expressed to those about Him, His extreme satisfaction with the Afnán; and consequently, everyone was certain that he would in future initiate some highly important task. 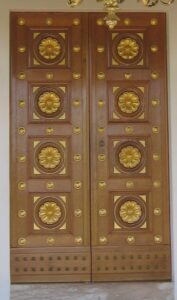 After the ascension of Bahá’u’lláh, the Afnán, loyal and staunch in the Covenant, rendered even more services than he had before; this in spite of many obstacles, and an overwhelming load of work, and an infinite variety of matters all claiming his attention. He gave up his comfort, his business, his properties, estates, lands, hastened away to ‘Ishqábád and set about building the Mashriqu’l-Adhkár; this was a service of very great magnitude, for he thus became the first individual to erect a Bahá’í House of Worship, the first builder of a House to unify man. With the believers in ‘Ishqábád assisting him, he succeeded in carrying off the palm. For a long period in ‘Ishqábád, he had no rest. Day and night, he urged the believers on. Then they too exerted their efforts, and made sacrifices above and beyond their power; and God’s edifice arose, and word of it spread throughout East and West. The Afnán expended everything he possessed to rear this building, except for a trifling sum. This is the way to make a sacrifice. This is what it means to be faithful.

Afterward he journeyed to the Holy Land, and there beside that place where the chosen angels circle, in the shelter of the Shrine of the Báb, he passed his days, holy and pure, supplicating and entreating the Lord. God’s praise was always on his lips, and he chanted prayers with both his tongue and heart. He was wonderfully spiritual, strangely ashine. He is one of those souls who, before ever the drumbeat of “Am I not your Lord?” was sounded, drummed back: “Yea, verily Thou art!”  It was in the Iraq period, during the years between the seventies and the eighties of the Hijra, that he first caught fire and loved the Light of the World, beheld the glory dawning in Bahá’u’lláh and witnessed the fulfillment of the words, “I am He that liveth in the Abhá Realm of Glory!”

The Afnán was an uncommonly happy man. Whenever I was saddened, I would meet with him, and on the instant, joy would return again. Praise be to God, at the last, close by the Shrine of the Báb, he hastened away in light to the Abhá Realm; but the loss of him deeply grieved ‘Abdu’l‑Bahá.

His bright grave is in Haifa, beside the Hazíratu’l-Quds, near Elijah’s Cave. A tomb must be erected there, and built solidly and well. May God shed upon his resting-place rays from the Paradise of Splendors, and lave that holy dust with the rains that beat down from the retreats of the Exalted Companion. Upon him be the glory of the All-Glorious.