Mirza Hasan-i-Adib was deeply interested in the education of Baha'i youth. Another great achievement was the founding of the Tarbiyat Boys' School in Tehran. 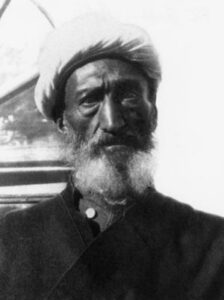 Mirza Hasan-i-Adib was a distinguished and learned man who combined the knowledge of Islamic theology, as a divine, with literary erudition. Before embracing the Faith he ranked high in the literary circles surrounding the royal family, and made important contributions to the production of various literary works. He was at one time installed as the Imam-Jum’ih (a high religious post) and a teacher at Daru’l-Funun, the only school established on the pattern of a western educational institution. The school was usually attended by members of royalty and the sons of influential people. In recognition of his outstanding literary accomplishments he was given the title of Adibu’l-‘Ulama (Literary man of the Ulama). He also taught religious subjects to a number of would-be divines.

Through various circumstances Mirza Hasan met a believer who gave him a book of Bahá’í Writings and also introduced him to some well-known Bahá’í teachers. He came into particular contact with the renowned Nabil-i-Akbar, and eventually saw the truth of the Faith, recognized the greatness of the Revelation of Bahá’u’lláh and acknowledged the awe-inspiring station of its Author. In the year 1889 he became a devoted believer; he was in his early forties at the time.

All his learning and erudition were now harnessed to the new powers which the Faith of Bahá’u’lláh had conferred upon him. Soon his heart became a wellspring of divine melodies. The soul-stirring poems he wrote proclaim the advent of the Day of God and, in offering up his all in the path of his Lord, serve as ample testimony to the intensity of his faith and the exaltation of his rank. No wonder that soon after his entering under the shadow of the Cause, Bahá’u’lláh designated this great spiritual being as one of the Hands of His Cause. Mirza Hasan-i-Adib did not have the bounty, as the other Hands had, of meeting Bahá’u’lláh. However, he had the honour and the privilege of attaining the presence of ‘Abdu’l-Baha. 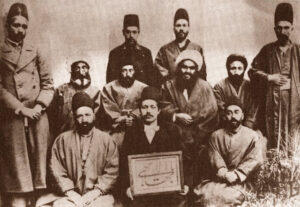 During the Ministry of the Master, he dedicated all his being to the service of the Cause. He became a tower of strength for the believers and a great teacher of the Faith. His pen was no less active. He wrote several books on proofs of the Faith and its history. His poems were soul-stirring and the friends were inspired and uplifted by them. He had a major role in the formation of the Spiritual Assembly of Tihran, and served on that body as its chairman.

Mirza Hasan-i-Adib was deeply interested in the education of Bahá’í youth. About the year 1904 a learned Bahá’í known as Sadru’s-Sudur had established the first teacher-training class for Bahá’í youth in Tihran. It was a daily class which lasted for several years, and the students became well-versed in various aspects of the Faith and other religions. When Sadru’s-Sudur died about five years after the foundation of the youth class, Mirza Hasan decided to teach in his place. Assisted by a few other knowledgeable Bahá’ís, he supervised the youth class for some time. 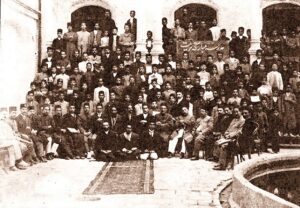 Another great achievement was the founding of the Tarbiyat Boys’ School in Tihran. Mirza Hasan-i-Adib played a significant part in creating this prestigious institution, which was considered for years the foremost educational establishment in the country. This school was also the forerunner of several other Bahá’í schools in various parts of Persia. The Tarbiyat Boys’ School and the Girls’ School by the same name, together with all the other Bahá’í schools in major cities, were closed down in December 1934 by order of the government for not heeding a warning by the Ministry of Education (headed by ‘Ali-Asghar-i-Hikmat, a well-known Azali) that the schools would officially be closed if they failed to remain open during Bahá’í holy days. Despite several representations by the National Spiritual Assembly, the authorities remained adamant and all the Bahá’í schools in Persia were closed down after closing on a Bahá’í holy day.

In 1903 ‘Abdu’l-Baha directed Mirza Hasan-i-Adib to make a teaching trip to Isfahan. This journey took place at a time when a great upheaval was about to take place in Yazd through the machinations of the Mujtahid of Isfahan, Shaykh Muhammad-Taqi (the Son of the Wolf). The presence of Mirza Hasan in Isfahan put fuel to the fire; a serious upheaval took place in the city resulting in great sufferings for the Hand of the Cause. He at last succeeded in departing from the city without being noticed by the many guards whom the wicked mujtahid had especially posted in various quarters for the sole purpose of arresting him. From there Mirza Hasan went to Abadih and Shiraz, where he was able to teach the Cause to several people. Then he travelled to India, and eventually to the Holy Land where his soul was exhilarated by coming in contact with the Centre of the Covenant of Bahá’u’lláh. There his whole being was illumined with the effulgent rays of ‘Abdu’l-Baha’s presence. He returned to Persia as a flame of fire ignited by the hand of the Master, and continued in his highly meritorious services until his death in 1919. His resting-place is in Tihran, in common with the resting-places of the other three Hands of the Cause. [1]