He lived for a time in Ádhirbáyján, enamored of the Lord. When he became widely known thereabouts as one bearing the name of God, the people ruined his life. 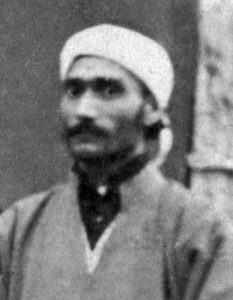 Early in his youth this spiritual man, who came from Tabríz, had sensed the mystic knowledge and drunk the heady wine of God, and he remained staunch as ever in the Faith during his years of helpless age.

He lived for a time in Ádhirbáyján, enamored of the Lord. When he became widely known thereabouts as one bearing the name of God, the people ruined his life. His relatives and friends turned against him, finding a new excuse to hound him with every passing day. Finally he broke up his home, took his family and fled to Adrianople. He reached there during the close of the Adrianople period and was taken prisoner by the oppressors.

Along with us homeless wanderers, and under the protection of the Ancient Beauty, he came to the Most Great Prison and was a confidant and companion, sharing with us the calamities and tribulations, humble and long-enduring. Afterward, when the restrictions were somewhat relaxed, he engaged in trade, and through the bounty of Bahá’u’lláh was comfortable and at peace. But his body had become enfeebled from the earlier hardships, and all the suffering, and his faculties had deteriorated; so that ultimately he fell ill, beyond hope of a remedy; and not far from Bahá’u’lláh, and shadowed by His protection, he hastened away from this least of worlds to the high Heavens, from this dark place to the land of lights. May God immerse him in the waters of forgiveness; may He bring him into the gardens of Paradise, and there keep him safe forevermore. His pure dust rests in ‘Akká.