Muhammad-Husayn-i-Maraghi i was the last of the Seven Martyrs who with eagerness gave up his life for the Baha'i Faith. 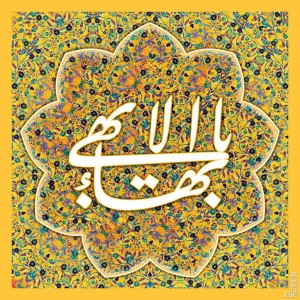 In the midst of the turmoil which the stirring words of Siyyid Murtada had raised, Muhammad-Husayn-i-Maraghi’i rushed forward and begged that he be allowed to be martyred immediately ere his companions were put to the sword. As soon as his eyes fell upon the body of Haji Mulla Isma’il-i-Qumi, for whom he entertained a deep affection, he impulsively threw himself upon him and, holding him in his embrace, exclaimed:

“Never will I consent to separate myself from my dearly beloved friend, in whom I have reposed the utmost confidence and from whom I have received so many evidences of a sincere and deep-felt affection!”

Their eagerness to precede one another in laying down their lives for their Faith astonished the multitude who wondered which of the three would be preferred to his companions. They pleaded with such fervour that eventually they were beheaded, all three, at one and the same moment.

So great a faith, such evidences of unbridled cruelty, human eye has rarely beheld. Few as they were in number, yet when we recall the circumstances of their martyrdom, we are compelled to acknowledge the stupendous character of that force which could evoke so rare a spirit of self-sacrifice. When we remember the exalted rank these victims had occupied, when we observe the degree of their renunciation and the vitality of their faith, when we recall the pressure which from influential quarters had been exerted to avert the danger with which their lives were threatened, above all when we picture to our minds the spirit that defied the atrocities which a heartless enemy so far bemeaned themselves as to inflict upon them, we are impelled to look upon that episode as one of the most tragic occurrences in the annals of this Cause.