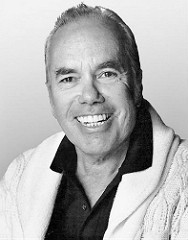 In 1952, Ely Borax made a decision to say ‘no’ to Hollywood, ‘no’ to a multi picture contract with Paramount Pictures so he could dedicate his life for the Baha’i Faith. He lived in New York, New Jersey, Winchester, Los Angeles and Las Vegas.

Ely met the Guardian by invitation to a pilgrimage in 1956, he remained a steadfast Bahá’í to the end of his earthly life. He resided in Winchester in greater Las Vegas, Nevada.

Born Eli Boraks in New York City in a family of Polish and Russian descent, he gained a strong grounding in faith and socially progressive values through his family. After a few years’ university education, military service and an entrepreneurial venture, he moved to Los Angeles for a performing career. He studied acting; blossomed first as a dancer, teaching in several L.A. studios and performing the tango professionally across the country; then was called on as a television producer.

In 1952 he was introduced to a Bahá’í fireside gathering held by the Mitchum family, and immediately began a process of inquiry that led to his embracing the Faith. He was close friends with actor and fellow Baha’i Lois Hall,and her husband Maurice Willows.

In a few months Ely left his producing job and turned down an acting contract, and after attending the 1953 dedication of the Bahá’í House of Worship in Wilmette, Illinois, he moved to New York. While still taking some stage acting work, he concentrated much of his time for several years on studying and teaching the Faith. He was close friends with Carrie “Vafa” Kinney, in whose home ‘Abdu’l-Bahá had given several talks in 1912, and participated regularly in her fireside gatherings. After a while he moved to River Edge, New Jersey, as a homefront pioneer, and offered weekly firesides there.

In the video interview above, William Garbett III and his son Damien Garbett sat with Ely while in Nevada as he recalled being in recovery from a grave illness when he received a letter of invitation from Shoghi Effendi to travel to Haifa, Israel, for pilgrimage. By his account, the meetings with the Guardian and conversations with the Hand of the Cause Ṛúḥíyyih Khánum confirmed a deep connection with the spirit of the Faith and a commitment to the Bahá’í Covenant that lasted his entire life. 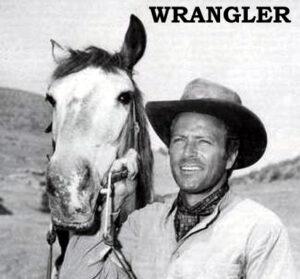 Ely’s professional life took him back westward: to Chicago, where he was associate producer for a short-lived television variety show starring another Bahá’í, Richard Lewellen; then to Los Angeles again, where he took a featured role in the brief TV series Wrangler, then had mostly bit parts into the 1990s in various movies and television shows.

While in New Jersey, he undertook a teaching trip in several Eastern states as far south as Georgia. He participated in peaceful civil rights activities during the early years of that movement in the United States, wholeheartedly believing in the Bahá’í teachings on truth and efficacy of equal rights for all, his daughter noted. He married Barbara Iverson in the mid-1960s. Barbara was a songwriter, and she had been an actress and radio star in the 1930’s when she was a child. Together they offered regular firesides wherever they lived and led many people to embrace the Faith. They were married 45 years when she passed away in 2010.